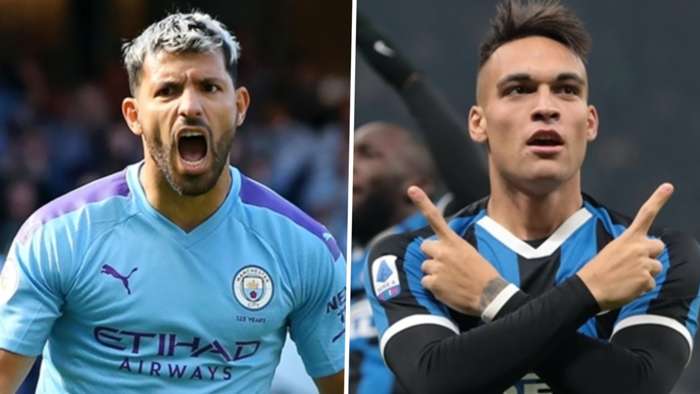 Manchester City should be looking to beat Barcelona to the signing of Lautaro Martinez, says Owen Hargreaves, with the Inter striker considered to be the perfect successor to Sergio Aguero at the Etihad Stadium.

Pep Guardiola is fully aware that another proven performer will be required to fill a sizeable void in Manchester.

Aguero has starred for City across a nine-year spell in England, becoming the club’s all-time leading goalscorer in the process.

Finding suitable cover for the South American will not be easy, but a fellow countryman could be the man for that job.

Lautaro has shown at Inter that he is a superstar in the making, with another two goals added to his impressive tally in 2019-20 as he fired the Nerazzurri past Shakhtar Donetsk and into the Europa League final.

If a move away from San Siro is to be made by the exciting 22-year-old, then Camp Nou appears to be his most likely destination.

Barca have made Lautaro one of their top targets, as they start to plan for life beyond Luis Suarez’s stint in Catalunya, but no deal has been done as yet.

That could be keeping the door open for rival suitors to make a move, with Hargreaves of the opinion that City should be joining the hunt for a player with the potential to thrive in the present and future.

The former Blues midfielder told BT Sport: “I know Manchester City are looking for a replacement for Aguero, Martinez is your guy.

“He's the type of player whether at Barcelona or Manchester City they're going to get a really special player.”