Leeds in advanced talks to sign €30m Rodrigo from Valencia 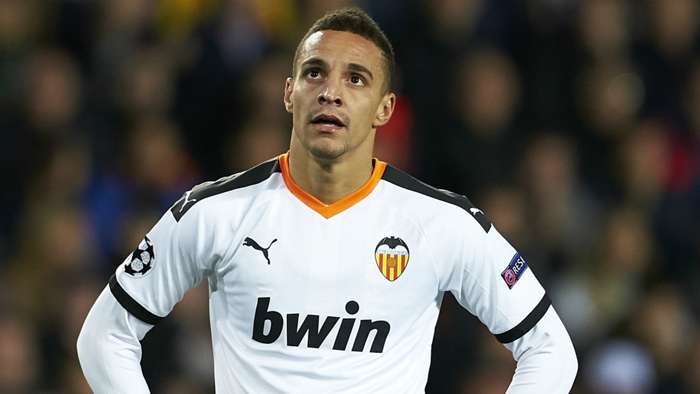 Leeds United are in advanced talks to sign Spanish forward Rodrigo from Valencia.

Rodrigo, whohas yet to report for the club's latest pre-season camp,is reportedly one of a number of Valencia stars to have been told that they will be sold this summer, due to the perilous financial position the club currently finds itself in amid the coronavirus crisis.

Former club captain Dani Parejo and fellow midfielder Francis Coquelin have already been moved on for cut-price fees, and another prized asset looks setto follow suit in the coming days.

The Spain international played a key role in Valencia'srun to a fourth-place finish in La Liga in 2018-19, but they only finished ninth last term.

Barcelona were heavily linked with Rodrigo in January, having been desperate to bring in an extra striker to fill in for Luis Suarez,who was sidelined with a serious knee injury at the start of the year.

The Blaugrana were ultimately unable to agree on a feewith Valencia , who were holding out for€60m (£51m/$66m) for a prized asset.

Valencia are likely to accept a far lower offer for Rodrigo this time around, as they seekto pay off a sizeable debt by overhauling the squad during the summer window.

Leeds will offer a fee in the region of€30m plus add-ons, as Marcelo Bielsa continues to preparefor the club's long-awaited return to the Premier League.

The Whites stormed to the Championship crownto gain promotion to the top flight after a 16-year absence, and have already signedfive players ahead of the new season.

Helder Costa,Illan Meslier, Joe Gelhardt, and Cody Drameh have arrived at Elland Road on permanent deals, while Manchester City winger Jack Harrison has returned to the club on loan.

Leeds were also linked with former Paris Saint-Germain striker Edinson Cavani , who is currently available as a free agent, but Rodrigo could become Bielsa's sixth signing of the summer.