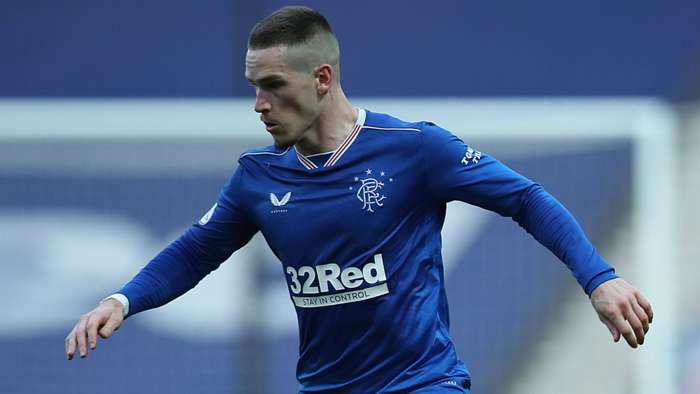 Rangers have "strongly rejected" a bid from Leeds United for winger Ryan Kent, Steven Gerrard has confirmed, adding that the Premier League newcomers were "way, way off" with their opening offer.

However, Rangers are understandably loathed to lose a player they only signed permanently from Liverpool less than a year ago.

Speaking ahead of Saturday's game against Kilmarnock, Gers boss Gerrard confirmed Leeds' approach but made it clear that the Scottish club are determined to keep hold of the 23-year-old.

"Ryan's a player we admire very much here," Gerrard told the media.

"He's a player that we've seen develop at Liverpool for a long time. We bought him here on loan and he did ever so well, then we went and bought him and he's done ever so well and is progressing very, very quickly here.

"He's in a good place and he's in good form. He's a player we want to keep hold of.

"Yes, we have had contact from Leeds, and an opening bid has been really strongly rejected."

Kent managed seven league goals in the 2019-20 campaign for Rangers and has already scored twice at the start of the new campaign in Scotland.

When asked if Leeds would be given the same answer if they came back with an improved offer, Gerrard replied: "It depends on what that bid is, but they were way, way off with that opening bid.

"He's a player who is not for sale, we don't want to lose Ryan, he's a big part of what we've been trying to do here.

"We want him to stay here for many, many years. But we know Premiership teams hold a lot of power - that's the reality, that's the way it is. We have to accept that.