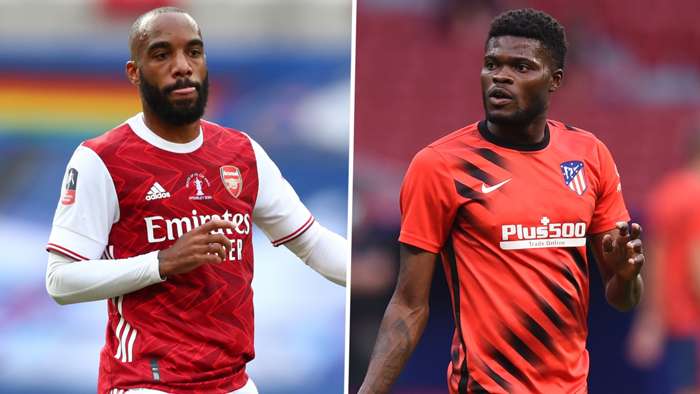 Arsenal should be willing to let Alexandre Lacazette leave if it means Thomas Partey can be acquired from Atletico Madrid, says Kevin Campbell.

The Gunners have been monitoringGhana international midfielder Partey for some time.

Partey has become a top target for Mikel Arteta, but transfer funds remain in short supply at Emirates Stadium.

A cash-plus-player offer could sweeten the deal for Atletico, with the Liga giants in the market for a new frontman.

Campbell believes Arsenal should be doing all they can to get an agreement over the line, telling Gentingbet: “Thomas Partey is the most important signing for Arsenal.

“A player like Thomas Partey stops things getting to the back four – he is that screen that sits there, like Patrick Vieira and Gilberto were – someone who protects the back four so they don’t even need to break a sweat.

“They haven’t had that kind of player since Gilberto, who was such an unsung hero. That type of player, Arsenal have missed.

“I believe that getting Thomas Partey is the priority and I think that they will get the business done in the end but I'm sure they have to get a couple of bodies out of the club before they bring him in.”

Campbell believes Lacazette could be the man to make way, with Atletico said to be keen on the France international striker.

The former Gunners frontman added on a player that he would like to see stick around, but one that could be deemed disposable: “I don't like to admit this, but if it is the only way to bring in Thomas Partey, I can see Arsenal parting with Lacazette.

“I don't want him to leave because I think he gives Arsenal something totally different. He’s very good at holding up the ball which gives Pierre-Emerick Aubameyang time to get his runs going inside and score more goals.