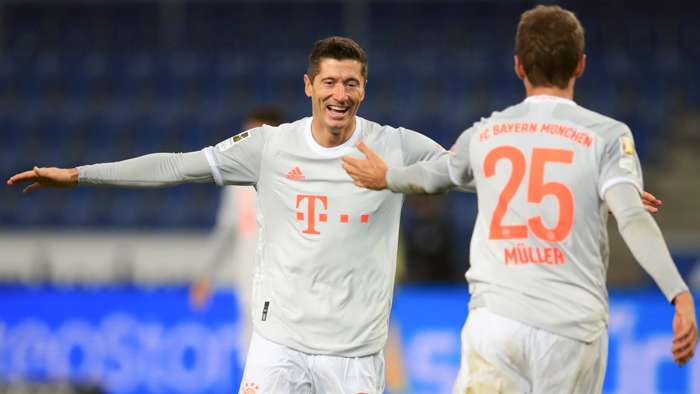 Thanks to his 25th-minute strike against newly promoted Bielefeld, Lewandowski has found the net against all 18 teams currently in the Germantop flight– and that includes his current employers.

He already leads the German top flight in goals, putting him in a strong position to retain the Bundesliga top scorer crown for a fourth straight season.

In 2019-20 Lewandowski won the honour with a new personal best, scoring 34 goals in just 31 games to lead Bayern to yet another title.

Lewandowski scored all four in a 4-3 victory over Hertha Berlin earlier in the month, though he had to make do with just a brace this time.

Hansi Flick opted to take off the talismanic frontman in the closing minutes, with Bayern having a huge Champions League clash with Atletico Madrid to come in midweek.

By the time he was replaced byEric Maxim Choupo-Moting in the 86th minute, Lewandowski had taken six shots in total - three of which hit the target- and also created a trio of chances for his team-mates.

Bielefeld had been unbeaten at home in all competitions in 2020 but were no match for Bayern, who move up tosecond in the table. They sit a point behind RB Leipzig.