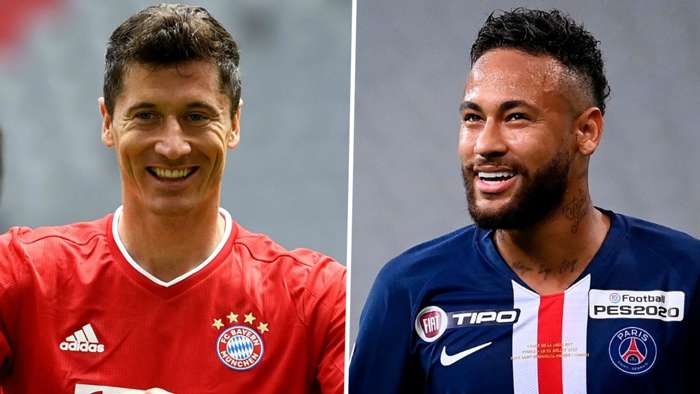 Bayern Munich's Robert Lewandowski is a “great player”, according to two-time Champions League winner Deco, but believes that PSG star Neymar is a notch above the striker, stating that the Brazilian is on the same level as Lionel Messi and Cristiano Ronaldo.

Lewandowski will go head to head with Neymar in Sunday's showpiece final in Lisbon, with Bayern looking to secure another European title while the Ligue 1 outfit are chasing their first ever ultimate victory in the competition.

With both sides boasting incredibly strong attacks, the match is touted as a battle of the attackers, with goals expected from both of the continental heavyweights.

Indeed, such is the form of the Polish dangerman that he had been tipped to lift the Ballon d'Or before France Football decided to cancel the award due to the interruption of play caused by the coronavirus pandemic, but could still be on course to clinch FIFA's The Best title.

For Deco, however, who was born in Brazil but chose to represent Portugal at international level, believes that Neymar should be named the greatest player of the season as his style of football ranks him amongst the game's greats.

“If we consider that the Champions League final is decisive in choosing who is the best, there's no lying,” the 42-year-old exclusively told Goal. “Lewandowski is a great player, a star, perhaps the best striker in the world nowadays.

“But Neymar is different – he's on Messi and Ronaldo's level. Maybe the final will influence who is picked, but I, as part of the audience and a lover of football, would choose Neymar. He's different, he plays beautiful football.”

But while there can be no denying Neymar's obvious talent, there are many who feel that his theatrics and showboating – both on and off the pitch – mean he will never truly win the heart of purists. Deco, though, feels that is all just part of the charm.

“Time gives you experience and maturity to face things in different ways,” he said. “A player like Neymar already flipped that switch a long time ago. He's been doing it for so long, he started at a very young age.

“Of course, there's a time in your career when you're 27, 28 years old that you peak in your maturity; you know when to use your energy, you understand the game better, you know your own body.

“But I don't think he'll ever lose his boyish ways – that's part of his game. We can't just ask Neymar to be something he's not. He plays with joy on the pitch, he'll dribble and take on opponents. That's how he won over the world: he has fun and we have fun too.