'Lewandowski may be a bit underestimated' - Goal 50 winner is not fully appreciated, claims Seedorf 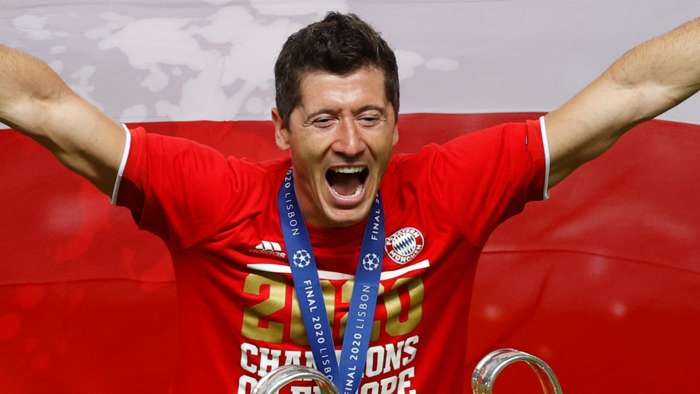 Four-time Champions League winner Clarence Seedorf believes that some people may be underestimating Robert Lewandowski after the Bayern Munich striker was named as the winner of this year's Goal 50.

The Poland international finished ahead of Kevin De Bruyne and Lionel Messi to be named the world's best, but despite competition from other players, Seedorf says Lewandowski was clearly the world's best in the past year.

"There has always been competition. But we have to acknowledge that he has been performing at a high level, not only scoring goals, but his game is complete," Seedorf told Goal .

"He's a hard worker and a team player and the way that he knows how to move in the spaces.

"He's very complete. Sometimes, even his dribbling is efficient. He may be a bit underestimated in some of these aspects of the game.

"Anyone who knows the game can see these things in him. I consider him absolutely the top."

Lewandowski finished as top scorer in all three club competitions he entered in 2019-20, helping Bayern Munich win the Champions League, Bundesliga and DFB-Pokal.

Seedorf won the European Cup with three different clubs (Ajax, Real Madrid and AC Milan), and thinks that the continentaltriumph cemented Lewandowski's position as the world's best over the past year.

"When you win in the way Bayern has won the Champions League, it's very difficult to go with anyone else," Seedorf continued.

"From day one to the last match, he has been a key player. He had an amazing season. He's been on fire for the last three years non-stop, maybe longer. "

Seedorf was impressed with the method in which Bayern - who had more male players on the Goal 50 list than any other team -sealed their sixth European title, especially given how they dominated opponents by pressing on demand and getting plenty of bodies into the areato cause headaches for opposition defenders.

"Bayern was pretty unstoppable. I thought Man City had a chance, but then they went out to Lyon," Seedorf admitted.

"They made a very courageous choice in Germany to start the league earlier so the fitness of Bayern was different.

"The thing that Bayern had is that they showed that they could dominate in the moments they wanted. When they wanted to press, they would start pressing.

"The combination of the younger players and the older more experienced ones is fantastic. Manuel Neuer is a huge extra when you start from the back.

"The capacity to get players in the box and around the box when there is a cross coming in keeps pressure on the opponent, and that's where Barcelona found it difficult.

"When you have so many players running into the box with their physique and their timing, it was amazing to see.

"There is a lot of dynamic movement. They were also a bit lucky, but with your goalkeeper it's not luck cause he's been doing this for years.