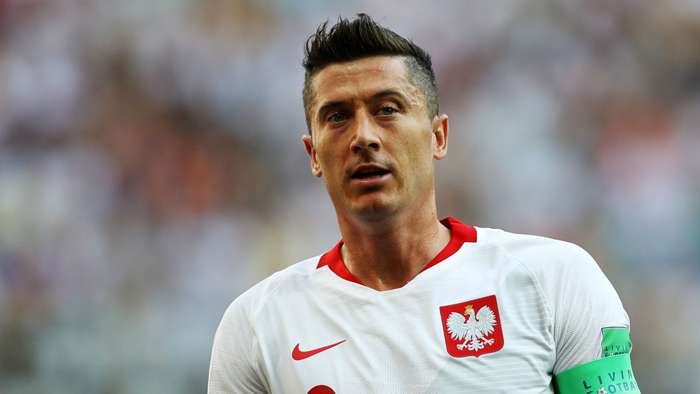 Robert Lewandowski will miss Polands upcoming Qatar 2022 World Cup qualifying Group I clash with England, after it was confirmed he had damaged ligaments in his knee against Andorra on Sunday.

The Bayern Munich forward, who has been in the form of his life for both club and country, was replaced during his nations routine3-0 winon Sunday just after the hour mark, having baggeda brace.

Paulo Sousas side will now have to contend with a crunch clash against Gareth Southgates Three Lions without their talismanic forward, while the extent of the 32-year-olds injury may also keep him out of his clubs pair of vital clashes in the Bundesliga and Champions League over the next eight days.

"Robert Lewandowski will not play in Wednesdays 2022 World Cup qualifying match against England in London due to an injury," an official statement posted to the Polish FAs website read.

"Clinical tests have shown damage to the collateral ligament of the right knee.

"The short time remaining until the next match excludes the participation of the national team captain in this match. This would carry too much risk of aggravating the injury.

"This decision is the only right one, bearing in mind the upcoming Euro 2020 tournament.

"Treatment of this type of injury usually lasts from fiveto 10 days. Therefore, Robert Lewandowski will return to Bayern Munich, where he will undergo further rehabilitation."

Thelay-off means the striker- a favourite to claim the Ballon dOr after missing out last year when the award was suspended due to the Covid-19 pandemic - looks set to sit out the three biggest games of the year so far for club and country.

His absence at Wembley on Wednesday will mean Poland face a tougher task against England, who could open up a five-point lead in Group I should they emerge victorious.

Lewandowski is then likely to miss Bayerns first game back following the international break - a first-versus-second clash in the Bundesliga against title rivals RB Leipzig - as well as the first leg of their Champions League quarter-final, a rematch of last years final with Paris Saint-Germain.