'Lewandowski should be 99 on FIFA' - Bayern striker has 'no weaknesses', says rival Bundesliga striker Klos 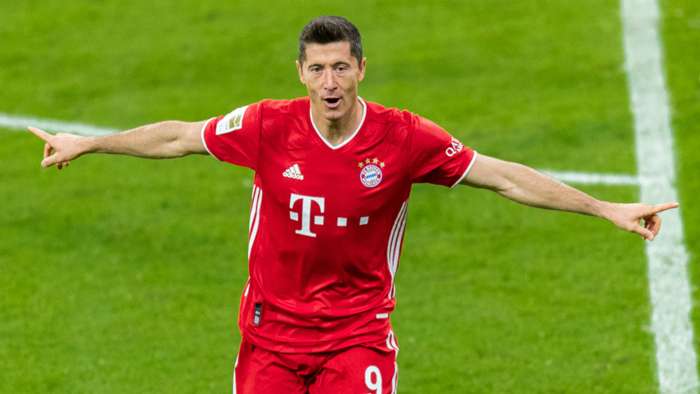 Bayern Munich superstarRobert Lewandowski is by farthe best striker in the world and should be rated 99 on FIFA 21, accordingto Arminia Bielefeld forward Fabian Klos.

The Poland international found the net more than any other player in the top five European leagues, with Cristiano Ronaldo (37) and Lionel Messi (31) trailing in his wake.

Lewandowski has scored five goals in three Bundesliga appearances this season – a tally only bettered by AndrejKramaric– and goes into Saturday's meeting with newly promoted Bielefeld following a double for Poland against Bosnia-Herzegovina during the international break.

Klos, who topped the 2. Bundesliga scoring charts as Bielefeld earned promotion to thetop-flightlast season, does not think it can be denied that Lewandowski isbetter than anyonein his position.

"Unfortunately, there are relatively few archetypal strikers these days, but if I could build one, it would probably look like this.

"I don't want to descend into idolatry either, but for me there is no doubt that this guy is the best striker in the Bundesliga, in Europe and in the world. It will certainly be very fun for our defence to try to keep him occupied."

Lewandowski has an overall score of 91 on the FIFA 21 game, with Ronaldo (92) and Messi (93) the only players with a higher rating.

Bielefeld are playing in the Bundesliga this season for the first time since 2009, and have made a solid start with four points from three matches.

Klos said of his team's start to the season: "On the whole, good.We can be satisfied.Apart from the result in Bremen where they lost 1-0, which we didn't think was right, we have got off to a very reasonable start."