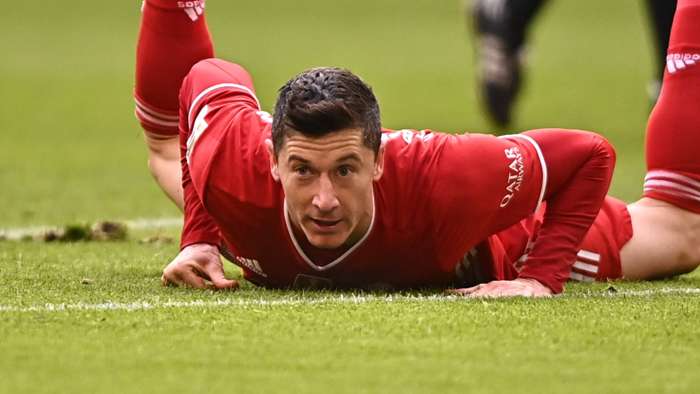 Polandstriker Lewandowski is set to miss both legs of the showpiece tie after picking up a knee injury on international duty last week.

Heis expected to be sidelined for around a month, though some reports have suggested the 32-year-old is already targeting an earlier return to action.

Bayern were able to cope without their 42-goal leading scorer on Saturday, beating RB Leipzig 1-0 in a top-of-the-table Bundesliga clash, but Altintop, who made 109 appearances for the club between 2007 and 2011, believes Hansi Flick’s side are no longer favourites to progress to the semi-finals without their main man.

Speaking exclusively to Goal ahead of Wednesday’s first leg in Munich, Altintop said: “This news is very bad for Bayern Munich. Now, we will see how good they are. How will they be without Lewandowski? It is very interesting for all football supporters.

“He has been unbelievable, 35 goals in the league already, and now Bayern have to find a way to cope without him.

“Before this news, I thought Bayern Munich over two games were of course favourites. But now, without him, it will be very interesting.

"And with Neymar back, then that will make it even more difficult. This Paris team is focused so much on the Champions League. They want it bad.”

Against Leipzig on Saturday evening, Flick used Erik Maxim Choupo-Moting, the former Stoke City forward, as his No.9, with Thomas Muller behind and Kingsley Coman and Leroy Sane as his wingers.

Serge Gnabry could have been another option to start centrally, but will miss out as he recovers from Covid-19, though Altintop still feels a formation change could be possible, with Flick potentially taking inspiration from former Bayern boss Pep Guardiola.

He said: “If you see the three games of the German national team, Gnabry played up front. Maybe Bayern can play that way too, a little bit like Manchester City do, where the No.9 is more of a No.10 or a No.11.

“They have played every game for nine or 10 months with Lewandowski, and now it will be different. He [Flick] has to change his system.

"The game with Lewandowski is very different. He can keep the ball, make the game fast and make it difficult for defenders with his power and quality.”

Corentin Tolisso is a long-term absentee for Bayern, the midfielder having been sidelined since February with a torn thigh tendon. Douglas Costa, meanwhile, is yet to return from a metatarsal injury.

PSG will be without full-back Alessandro Florenzi and midfielder Marco Verratti, who are bothundergoing a 10-day quarantine period after testing positive for Covid-19.