Lingard: Southgate advised me on loan move to West Ham from Manchester United 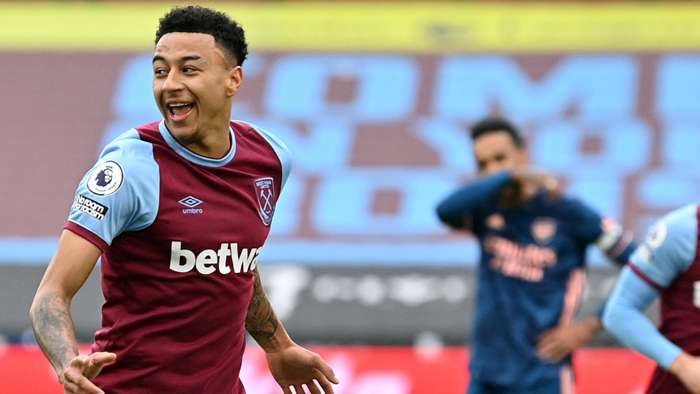 Lingard did not log a single Premier League appearance for the Red Devils in 2020-21 before he made a temporary switch to West Ham in January.

The 28-year-old has hit the ground running with the Hammers,tallying five goals and two assists in his first seven Premier League games to earn a recall to the England squad.

“He’s shown a lot of support and belief in me, he gave me my England debut, which I’m proud of,” Lingard told talkSPORTof Southgate.

“I still kept in contact with him even though I wasn’t playing, just to get his advice on what I should do.

“It was just about the right move, whether it was going out to Europe or staying in the Premier League.

“He said, ‘If I was you, I would stay in the Premier League’. After that, it was about finding a Premier League side and West Ham fitted in perfectly.”

Lingard will have a chance to add to his 24 caps when England take onSan Marino, Albania and Poland in World Cup qualifiers this month.

The attacker became a key figure for the Three Lions after making his debut in 2016, and he started all but one game as England advanced to the 2018 World Cup semi-final.

The most recent cap for Lingard came in June 2019, when he started the UEFA Nations League third-place play-off against Switzerland.

On his England return, Lingard added:“I’ve had to work hard and graft, and I still believe in myself to play at the highest level. If you work hard, you get the rewards in the end."