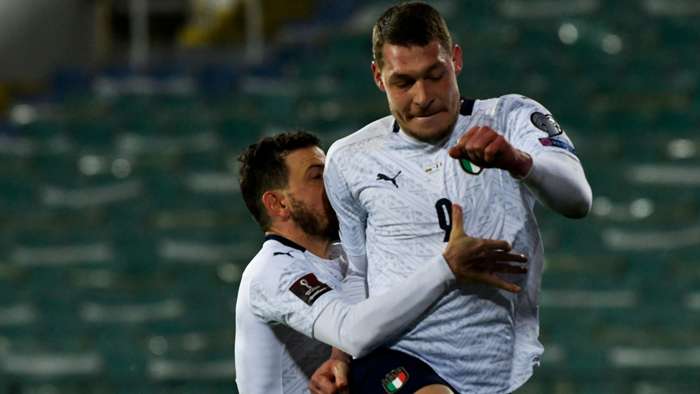 Italy will be hoping to continue their perfect start to 2022 World Cup qualifying with another three points when they head to Lithuania on Wednesday night.

The visitors are chasing another 100 per cent record in qualifiers after achieving the feat en route to Euro 2020 and they are priced at just 1/7(1.14) with bet365 to make it three wins from three in Vilnius.

Lithuania’s last victory in a World Cup qualifier came back in October 2016 when they beat Malta 2-0 and they are 14/1 (15.0) to record one the most stunning upsets in international football history by securingthree points on Wednesday.

Two of the last three meetings between these nations have finished level, albeit the most recent fixture was back in September 2006, and another draw can be backed at 7/1(8.0).

Freiburg attacker Vincenzo Grifo has not travelled due to Bundesliga Coronavirus restrictions, whilst Francesco Caputo, Domenico Berardi and Giorgio Chiellini are all unavailable.

The hosts will likely stick with the same team that lost 1-0 to Switzerland, with manager Valdas Urbonas deploying a 4-1-4-1 in St Gallen that could be replicated for this one.

Italy continued their trend of safe and unglamorous victories with a professional 2-0 victory in Bulgaria, and there is little reason to think they will fail to record a similar result on Wednesday.

Under the tutelage of Mancini, the Azzurri have scored more than three times in a game on only four separate occasions - and three of those were at home.

Visiting sides tend not to run riot in Lithuania, with the Rinktine conceding 30 times in their last 19 combined World Cup and European Championship qualifiers, and they will also be buoyed by such a resolute defensive performance in Switzerland.

There is little doubt that Italy have more than enough to claim three points in Vilnius and the best way to get them onside is bybacking them to win and under 3.5 match goals at 21/20 (2.05) with bet365.

This would have paid out in 12 of the 16 competitive wins Mancini has overseen during his tenure in charge of Italy.