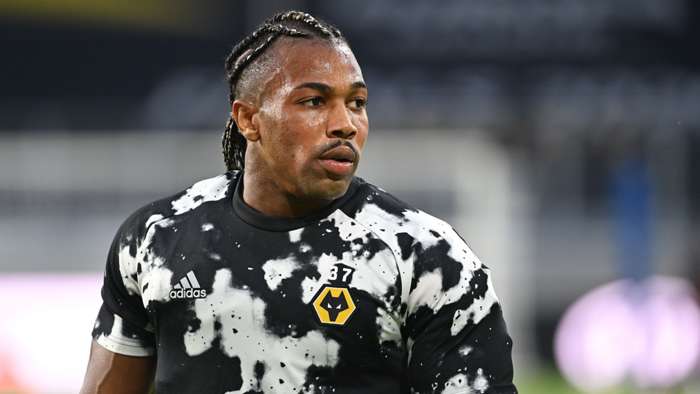 Adama Traore may be sparking talk of interest from the likes of Liverpool and Barcelona, but Wolves boss Nuno says the flying winger is “delighted” to be at Molineux.

His obvious qualities are starting to attract admiring glances from afar, with leading sides across Europe of the opinion that Traore would add something different to their ranks.

Moves to Anfield and Camp Nou have been mooted for a man who has starred in the Premier League and previously spent time in the famed La Masia academy system in Catalunya.

It would take big money to get a deal done, as Wolves have no interest in selling and are said to be in the process of thrashing out fresh terms with a prized asset on their books.

Nuno has suggested that an agreement will be reached in those discussions, with Traore feeling settled in his current surroundings as he ignores the speculation that he continues to generate.

The Wolves boss told reporters ahead of a meeting with Leeds on Monday: “What I can say about this is Adama is delighted to be here. You can see how happy he’s been in training just by seeing us be together again.

“Things will happen naturally. Speculation around our players doesn’t bother us.

“We know what we have to do. First of all, you have to be happy where you are, and he clearly is.”

Traore has added the end product to his game that was lacking in his early years, with his meteoric rise to prominence allowing him to become a senior international with Spain.

Nuno is delighted with that recognition, with three outings for La Roja taken in during the October international break – against Portugal, Switzerland and Ukraine.

“I was delighted with all of our internationals – Daniel Podence made his debut for Portugal, Conor Coady scored for England.

“Some players didn’t have so many minutes as we would have wished because the international coaches made different decisions.

“I’m happy but at the same time worried and tremendously proud at the amount of international players we have at Wolves.

“We must feel proud as a squad and as a club because representing your national team is the best of the best in your own country so that says enough.

“It says a lot about the quality and the talent of the players we have, and the hard work that we put in.