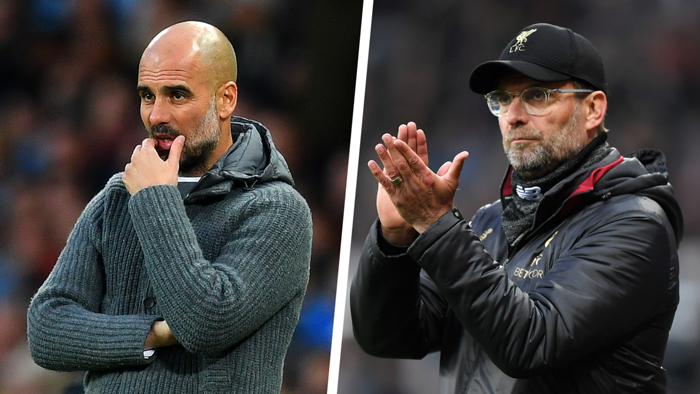 Jamie Carragher believes Liverpool and Manchester City remain “way ahead of the rest” in the battle for Premier League supremacy, with the Reds legend hoping that the 2020-21 title race goes down to the final day of the season.

Jurgen Klopp’s side had a first top-flight crown in 30 years wrapped up long before that last term.

A dominant display from the Merseyside outfit saw them send records tumbling as they surged to a long-awaited triumph.

Carragher delighted in a string of commanding displays from the Reds, but he is looking for the English top tier to be more competitive in the upcoming campaign.

He still wants to see Liverpool come out on top, as they look to avoid being knocked from the loftiest of perches, but believes the chasing pack will make life a little more difficult after three successive seasons in which the winners have either reached or got to within touching distance of 100 points.

“I’m a Liverpool man and I want to see them win the league again, but maybe not in the manner they did it last season,” Carragher told TEAMtalk.

“We want and we need to see a competitive title race. I want to see the other teams get closer to Liverpool because we need it to be more competitive.

“We don’t want any team to be 20 or 30 points ahead and while I want Liverpool to win the league, I’d like to see them in the tight title race and winning it on the last day of the season in exciting fashion, going down to the wire and with less points than they got last season.

“If the top one or two teams are getting 99 and 100 points every season, it means there are fewer points to go around, so I would like to see the total points needed to win the Premier League go down to 90 points this season as that would mean we will have a more interesting title race.

“That could happen as I expect all the teams trying to chase Liverpool to do better than they did last season, but I only see two teams in contention for the title and that will be the top two for the last couple of years.

“The chasing pack have to bridge the gap on Liverpool and that’s why teams like Chelsea have been spending money in the transfer market to try and make that happen, but Liverpool and City are a long way ahead of the rest and I don’t see that changing.”

Chelsea have spent big in the current window, bringing in a number of fresh faces, while City have also bolstered their ranks and remain in the market for more new recruits.