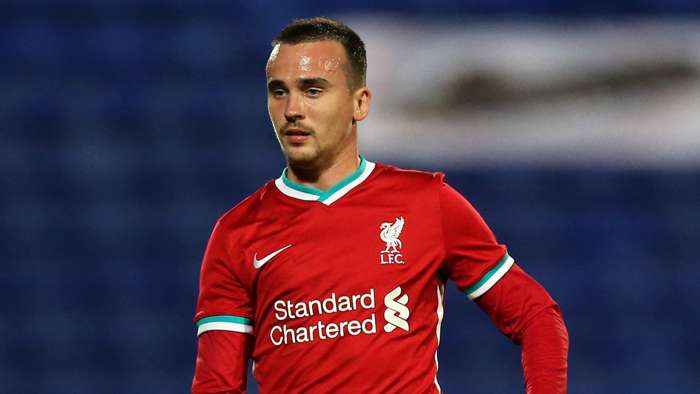 He could now make his Addicks debut on Friday, when Lee Bowyer’s men host Accrington Stanley.

Millar, who can play as a No.9 but has performed best on the left flank, made his senior debut for Liverpool in the FA Cup fourth round replay against Shrewsbury back in February – a game for which Jurgen Klopp and his entire first-team squad were absent.

He led the line as a young Reds side won 1-0, and had been expected to secure a loan move in the summer.

Charlton, Millwall and Sunderland all expressed interest, but none were able to put together a formal deal. Millar has since impressed at U23 level, earning the captain’s armband from coach Barry Lewtas and twice being nominated for the Premier League 2 Player of the Month award. He also featured in all three of his side’s Football League Trophy fixtures.

This will not be his first loan spell. He made 36 appearances across two stints with Scottish Premiership side Kilmarnock, scoring twice.

Millar spoke exclusively to Goal back in July, discussing, among other things, his friendship with Bayern Munich star Alphonso Davies, his Liverpool debut and his dream of being part of the first Canada side to qualify for a World Cup since 1986.

“To be the first Canadian to play for Liverpool, it was a big thing, something I’ll never forget,” he said.

“If any generation is going to get us to a World Cup, it’s this one. We have a lot of really good players. We all want to reach a World Cup. For a Canada team to do that, it’s the dream.”

Liverpool will consider loan offers for another U23 player, Dutch defender Sepp van den Berg, with a number of Championship clubs having expressed an interest in the 19-year-old.

Van den Berg joined from Eredivisie side PEC Zwolle in the summer of 2019, and made four appearances in cup competitions for the Reds last season.

But he has found himself overtaken by two more teenagers, Rhys Williams and Billy Koumetio, plus Nat Phillips, in the pecking order this season, and it is felt that a temporary switch would be best for his development.