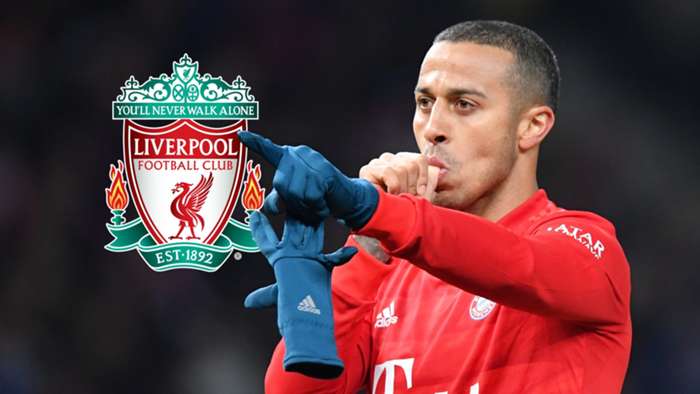 Liverpool have been handed a boost in their pursuit of Thiago Alcantara as Bayern Munich CEO Karl-Heinz Rummenigge has admitted that the club are willing to sell a prized asset for a "fair transfer fee".

Rummenigge confirmed in July that the 29-year-old has turned down the opportunity to extend his stay at the Allianz Arena, with it his desire to experience a new challenge away from Germany after seven successful years in the Bundesliga.

Reds boss Jurgen Klopp has admitted to being a great admirer of the Spain international, but Bayern have yet to receive any offers for a man who is reportedly being valued at around €35 million (£31m/$41m).

Bayern head coach Hansi Flick addressed speculation over Thiago's future before his side's Champions League win over Chelsea on Saturday, conceding that he is not sure whether the midfielder will still be on the club's books next season.

“If he wants to try again in the Premier League now, I totally understand," said Flick."But it would be a shame because Thiago gives our game that certain something.

“That's why I would like, as a coach, to have himon the team for the next few years, but that's life. It would go on.”

Rummenigge has now doubled down on his previous comments regarding Thiago's current situation, while admitting that Bayern are ready to sanction his departure if an appropriate bid is lodged in the coming weeks.

"Regarding Thiago, it's known that he told us he wanted to do something new," the Bayernchief told German publication Bild.

"If a club approaches us that is willing to pay a fair transfer fee, we will work on it."

The Spanish playmakerplayed 70 minutes of Bayern's 4-1 last-16, second-leg victory against Chelsea, which ensured that they progressed to the quarter-finals of this season's European Cup 7-1 on aggregate.

Flick is now preparing his team for a huge last-eight clash with Barcelona in Lisbon on Friday, when Thiago will look to mastermind the downfall of the club that gave him his start in the professional game back in 2009.