Liverpool have a big target on their backs and defending title is tougher than winning it once, claims Alexander-Arnold 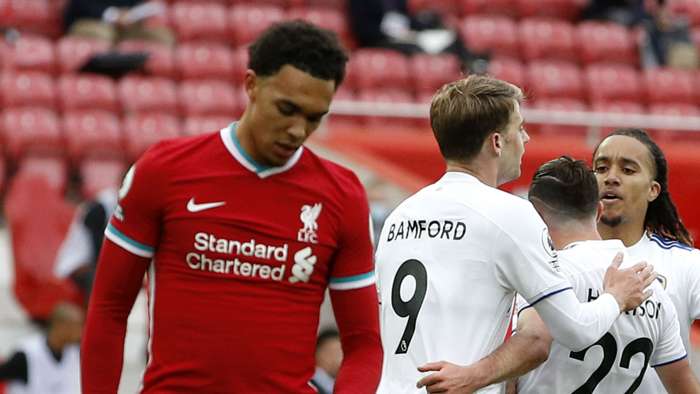 Trent Alexander-Arnold saysLiverpool have “a big target on our backs now”, with defending the Premier League title expected to be “harder than winning it once”.

Few tweaks to have made to the squad that delivered success, with plenty of emphasis being placed on continuity and stability at Anfield.

Many are tipping Liverpool to lead from the front again in 2020-21, but Alexander-Arnold concedes that every domestic rival is determined to knock the Reds from their perch.

The 21-year-old full-back told Premier League Productions: "Nothing's ever perfect, you're never going to play 38 perfect games or going to win every game over the course of the season.

"It's tough, it's difficult but for us it's not about topping the points that we got or score more goals, it's about if we can all develop as a team and keep winning, that mentality – that's the main thing that helped us get this far.

"We know what it takes to win now, we know that there's obviously a big target on our backs now being champions and stuff like that and teams are going to be extra motivated when they play us.We need to match that mentality and take it to the next step and understand winning it back-to-back is harder than winning it once."

Alexander-Arnold will have an important role to play for Liverpool this season, with the England international looking to further enhance his reputation after landing the Premier League and PFA Young Player of the Year awards for 2020.

"So you can't compare yourself to other players, it's about knowing what's best for you, find out what works for you as quick as possible and getting into routines.I think it's those routines and habits make good players and make good decisions for you.