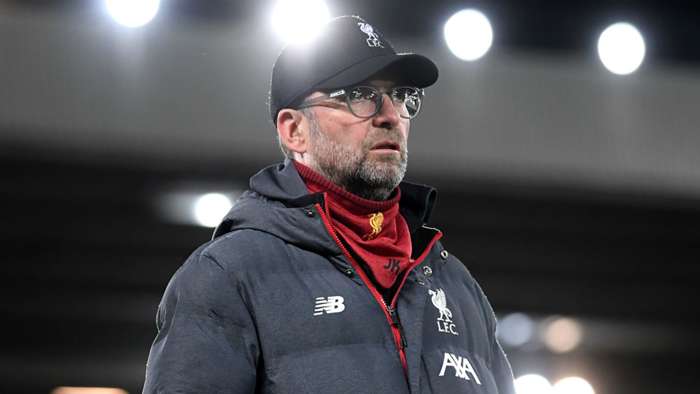 Liverpool manager Jurgen Klopp doesn't see the sporting boycotts taking place in the United States coming to the United Kingdom, but has acknowledged the ongoing fight against racism as a "worldwide issue".

A number of players from theNational Basketball Associationbegan boycotting games after Blake was shot seven times in Wisconsin, with the 29-year-old left fighting for his life in hospital.

Major League Baseball, Major League Soccer, the National Hockey League and the WNBA have alsocancelled games amid the anti-racism demonstrations taking place across the country.

Klopp was asked to comment on the prospect of similar measures being implemented in England ahead of Liverpool's Community Shield clash against Arsenalon Saturday.

The German head coach understands why so many players in America have taken a stand, but cannot see the schedule for the upcoming Premier League season being affected.

"Whatever actions they take there they will have their reasons for it and I don't see them at the moment coming in England, but we have to see," Klopp told reporters.

"It is a worldwide issue but, at the moment for some specific cases, they are thinking about proper actions in America because another thing happened that shouldn't have happened.

"That is why the players there do what they do but I don't see it coming at the moment in England."

English football showed its solidarity with the Black Lives Matter movement when the 2019-20 season resumed in June following a coronavirus-enforced break.

All teams wore jerseys with "Black Lives Matter" printed on the back for the first round of fixtures following the restart, and players from clubs across the country took a knee before the start of each game in memory of George Floyd, who was killed in Minnesota after a white police officer pressed his knee into his neck for more than eight minutes on May 25.

Several clubs also showed their support during training sessions, including Chelsea, who posted an image on social media of the squad kneeling in unison to create the letter H, for humans, on the pitch.