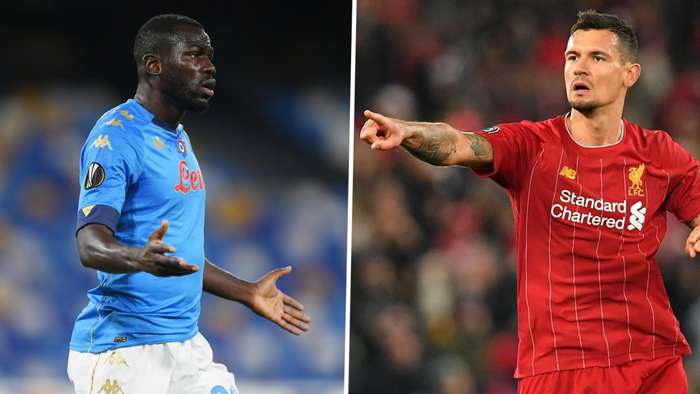 Liverpool could have done with keeping Dejan Lovren on their books and now need to look at bringing in a player like Kalidou Koulibaly after losing Virgil van Dijk to injury, says John Aldridge.

After tangling with Everton goalkeeper Jordan Pickford during the Merseyside derby, Van Dijk has suffered knee ligament damage and is preparing to undergo surgery.

He is set to spend several months on the sidelines, with Jurgen Klopp being forced to find suitable cover.

There are options already on the books at Anfield, but the Reds did allow experienced Croatia international Lovren to leave over the summer without bringing in a replacement.

They are now counting the cost of that recruitment call, with it likely that big money will be required in January to land a player of Koulibaly’s calibre and plug what could become an alarming gap in their defence.

Former Reds striker Aldridge told the Liverpool Echo: “It's a bit unfortunate now that we let Dejan Lovren go because even though you always felt he had the odd mistake in him, he would have been useful to have as back up.

“But we haven't signed back up and will have to make the best of it.

“All over the field we've got some top, top players but if there was one player out of them all who you wouldn't want to be without for any length of time, it's the big man.

“He's played virtually every minute of every game since he arrived and is irreplaceable. It's a big problem for Liverpool, there's no sugar-coating it.

“What we've got to do between now and January 1st is make sure we score more than whoever we're playing - which we can do with our firepower - and, then even though it won't be easy for Jurgen to find the right player, go into the transfer market to buy a defender.

“Koulibaly from Napoli would be the one for me, although he doesn't really tick a lot of the boxes in terms of age and what he would cost.

“But I really think the club is going to have to try and do something, given how long Virgil's likely to be out for, Joel Matip and Joe Gomez's injury record and the fact we only had three senior centre-halves to start with because they took a gamble on not buying a replacement for Lovren.”