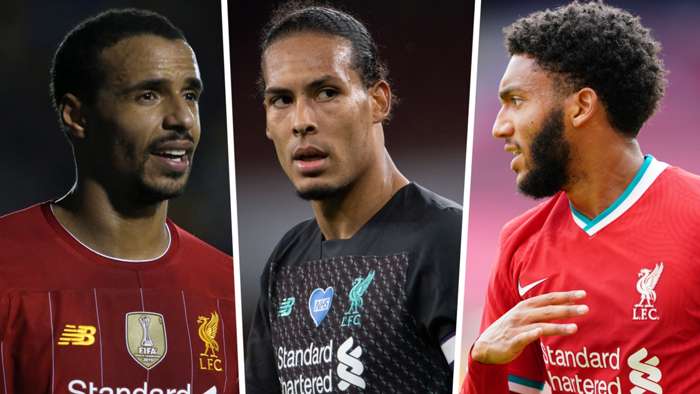 It was a Tweet to give Liverpool fans palpitations.

Jurgen Klopp and his army of supporters can relax, though. Virgil van Dijk’s “injury” is not a serious one; it was merely a cut to the face following a collision with Rasmus Kristensen, the Salzburg defender, during the second half of Tuesday’s friendly match in Austria.

“He looks like he has a piercing!” said a smiling Klopp afterwards, confirming that the Dutchman should be fine for Saturday’s Community Shield with Arsenal at Wembley. “It’s not cool, but there will not be a problem,” headded.

Certainly no need to panic, with the new Premier League season a little more than two weeks away, but if you wanted an idea of where Liverpool’s squad still lacks depth, then this was a decent place to start.

The Reds started with their first-choice centre-back pairing against Salzburg, Van Dijk alongside Joe Gomez, but finished it with a partnership of Nat Phillips and Billy Koumetio, the 17-year-old Frenchman who has been drafted into the first-team squad this summer.

Credit to the inexperienced duo, they were the ones who kept a clean sheet as Liverpool fought back from 2-0 down to draw 2-2. Koumetio, in particular, looks full of promise, powerful in the air and composed on the ground. If he develops as many at the club expect, he will have a chance.

That’s for the medium and long-term, though. In the short-term, Liverpool look light on defensive cover.

Joel Matip’s injury – he will miss the Community Shield and is doubtful for the league opener against Leeds – and the sale of Dejan Lovren to Zenit St Petersburg mean Klopp is relying on Van Dijk and Gomez to steer clear of trouble. No wonder the German, momentarily at least, looked so concerned when Van Dijk hit the deck.

Liverpool have already added one new defender, left-back Kostas Tsimikas, to their squad but there is little indication at this stage that they will target a new centre-back before the transfer window closes in early October.

They like Ben White, who impressed on loan at Leeds from Brighton last season, but a valuation in excess of £30 million ($39m) means that one looks a non-starter.

Perhaps another Ben – Godfrey, of Norwich – may be more obtainable, though the 22-year-old was part of a defence which conceded 75 goals in the Premier League last term.

Matip’s return will help matters, though his injury history suggests Liverpool will be without him again at some point this season.

The Cameroon international played just 13 times last term, and neither he nor Gomez have ever reached 30 league games in a season since moving to Anfield – though Gomez did feature 43 times in all competitions during 2019-20.

It is unlikely that Phillips, who turned 23 in March and ended last season on the bench at 2.Bundesliga side Stuttgart, will be around when the window closes.

Klopp likes his character and application, and he performed admirably when drafted in for the FA Cup win over Everton in January, but Liverpool are ready to loan him out and expect strong interest to come from the Championship for the former Bolton man.

Koumetio’s promise is clear, but at 17 there is still a long way to go before he is ready for regular first-team action.

The same goes for Ki-Jana Hoever and Sepp van den Berg, who will continue to split their training time between the senior squad and the under-23s, and who may themselves need a loan in order to sharpen their defensive instincts and improve their physical attributes.

Morgan Boyes, a regular at under-23 level, has already been sent out to Fleetwood on a season-long deal.

Klopp knows better than most how difficult it is to find top-quality centre-backs. It took a lengthy pursuit, and a fair bit of short-term pain, to land Van Dijk in 2018, while their only other senior signings in that area have been Matip, a free transfer, and Ragnar Klavan, a short-term purchase for a low fee, both in 2016.

He has been willing to use Fabinho, a midfielder, as defensive cover in the past – and who could forget the day Emre Can and Gini Wijnaldum started in a back three at Brighton in 2017? – but that is a stop-gap, an emergency measure.

Liverpool, in 2020 and as Premier League champions, should surely be beyond that point now?

For a club with their ambitions, it would be a serious gamble to head into the new season, with all its congestion and all its pressure, with just three specialist centre-backs.

Lovren’s exit may not have been mourned but it will certainly leave a gap, one Liverpool would be wise to fill before the window shuts.