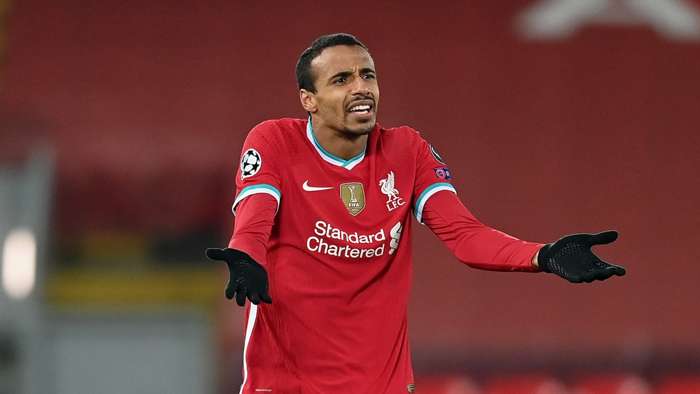 Liverpool need to “move on” from Joel Matip and look to bring in another proven centre-half during the summer transfer window, says John Aldridge.

Various options are being mulled over, but many areshort-term solutions that will plug gaps until senior stars nursing injuries return to action.

Matip was supposed to be aiding that process, with Virgil van Dijk and Joe Gomez picking up serious knee problems, but he has been splitting his time between the dressing and the treatment room.

The 29-year-old has made just 13 appearances in the whole of this season, and Aldridge believes the time has come to sever ties with an injury-ravaged performer.

The former Reds striker told the Sunday World: “The win at Spurs came at a cost as Joel Matip picked up yet another injury and harsh as this might sound, Liverpool may need to move on from him now.

“He is a decent defender and when he is fit, he has been a great player over the last couple of years, but his body just won't stand up to the rigours of the Premier League. Liverpool need defenders who can play three games a week if required and Matip has confirmed now that he can't fulfil that need.

“I'm sure Liverpool will look to sign a defender next summer with a view to him being either first or second choice partner for Van Dijk when he is back to full fitness.”

Aldridge added on struggles at the back for the reigning Premier League champions: “I stated as far back as November that Liverpool needed to have a centre-back lined up and ready to play on January 1st. The events of the last few weeks confirm I was right in that assessment.

“Back then, Klopp was producing minor miracles with a team denied the services of Virgil van Dijk and Joe Gomez and was doing his best to cover holes in his defence with temporary plasters.

“Using Fabinho at centre-back worked well, and captain Jordan Henderson also did his best when he dropped back from midfield to play in defence, However winning a title without proven defenders was always going to be an impossible task.