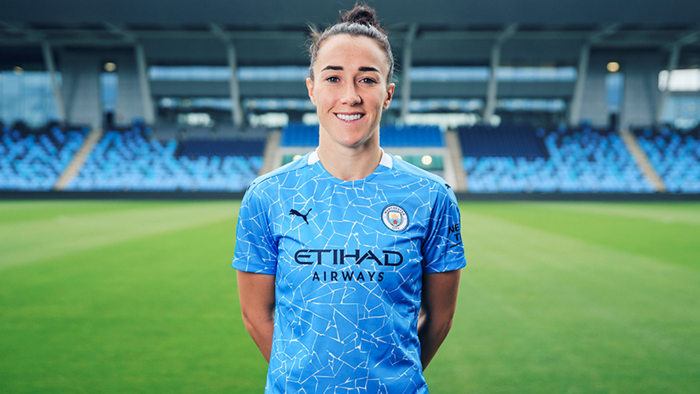 Lucy Bronze has returned to Manchester City, signing from Lyon on a two-year deal.

The England full-back left City back in 2017 to join the French giants, going on to win nine trophies in her three years there. This season, Bronze helped the club achieve yet another European treble, starring in the 3-1 win over Wolfsburg in the Women's Champions League final.

Now, the 28-year-old is back in Manchester and back at the club where she won the Women's Super League, the Continental Cup and the FA Women's Cup between 2014 and 2017.

“I’m really happy to be back here at City – I always had it in my mind that I would return one day, and it just feels like the perfect time and opportunity right now," she said.

“I really enjoyed my time in France, but there were so many things that I missed and it’s great to be back.

“I feel like I’m returning as a better leader and person, who is capable of bringing similar success to the table here in England – both domestically with City and internationally too.

“Having already experienced everything that City have to offer as a club, it was a no-brainer for me when the offer came in and there isn’t another team in England that I would have looked at.

“There’s nowhere I’d rather be right now than with Manchester City and I’m really excited to see what the future holds with the exciting squad we have here.”

“We’re absolutely thrilled to see Lucy return to Manchester City and I’m sure I speak on behalf of everyone when I say that we’re delighted to have her back at the club," Taylor said.

“She is an unrivalled talent and her endless individual and team awards only scratch the surface of what a superb player she is, not only at club level, but also internationally with England.

“She joins us off the back of a hugely successful few years in France and being able to add a player of her quality to our already ambitious squad is incredibly exciting."