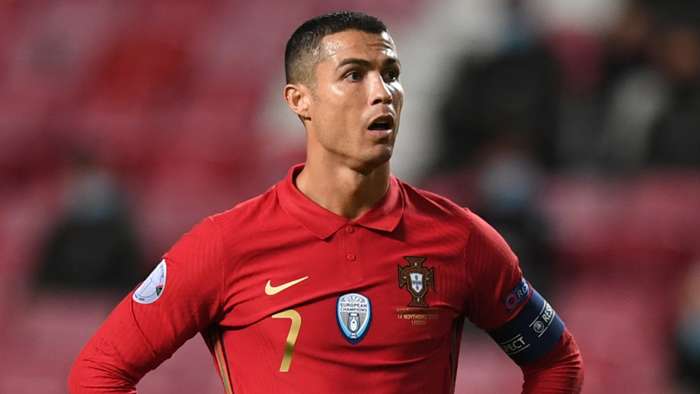 European champions Portugal play their third match in World Cup qualifying Group A on Tuesday evening when they visit Luxembourg.

Fernando Santos men come into the game looking for a morale boost after surrenderinga two-goal lead to draw 2-2 with Serbia on Saturday, although Cristiano Ronaldo was denied a winner in stoppage time after his effort seemed to crossthe line but was not given.

Luxembourg recorded only their fourth World Cup qualifying win in 49 years at the weekend, scoring late to beat the Republic of Ireland 1-0 in Dublin.

The winners of Euro 2016 are likely to field a similar starting eleven to the one which featured at the weekend.Diogo Jota is likely to keep his place after scoringboth of Portugals goals on Saturday, while Ronaldo could be keen to take his frustration out on the side ranked 98th in the world.

Luxembourg are unlikely to change their team much, with Dynamo Kiev forward Gerson Rodrigues surely keen to add to his strike against the Irish when he faces the country of his birth on Tuesday.

These two sides met in the qualifying tournament for the Euro 2020, with Portugal recording a 2-0 victory on their visit to Luxembourg in November 2019 and a 3-0 success in Lisbon the previous month.

The European champions will be desperate to get back to winning ways in style against one of the continents minnows, although Luxembourg have improved dramatically over the last five years.

Nevertheless, the firepower at Portugals disposal should be able to see them record a high-scoring win as they have done against the likes of Lithuania and Andorra over the last 18 months.

The Iberian nationhave scored three or more goals in eight of their last 16 matches and backing them to do so once more should appeal this week.

Portugal to score over 2.5 goals or more is priced at 11/10 (2.10) and looks like being the best angle from which to get the visitors onside.