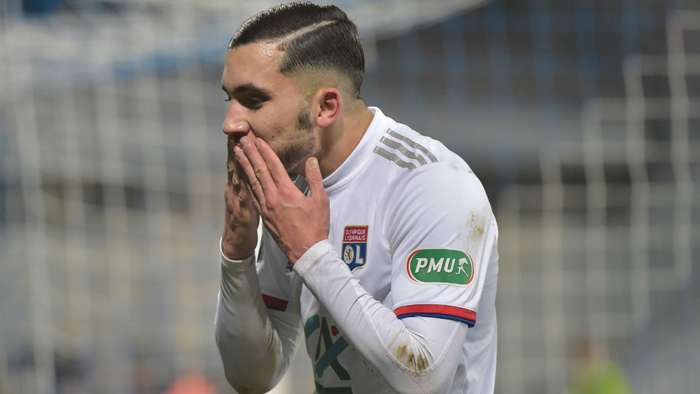 Lyon forward Rayan Cherki has become the youngest player to ever take part in a Champions League knockout-round match after coming on as a substitute against Bayern Munich on Wednesday.

Unfortunately for Lyon, their Champions League run came to a close as two first-half goals from Serge Gnabry and a late strike from Robert Lewandowski gave the Germans a comfortable 3-0 win.

Bayern will move on to face PSG in the final on Sunday at Estadio da Luz in Lisbon.

It was still a history-making cameo for Cherki, who only turned 17 on Monday. The teenager is only the fourth 17-year-old to appear in a Champions League semi-final after Bojan, David Alaba and Julian Draxler.

Previously, the youngest player to appearin a Champions League knockout-round match wasKenneth Zohore, who set the mark for FC Copenhagen in February 2011.

Cherki has announced himself as one of world football's top prospects in the 2019-20 season, having already made 12 senior appearances and scored three goals for Lyon's senior team prior to Wednesday.

“He’s undoubtedly a player who will go to the highest level,” Aulas toldTelefoot. “That’s why we did everything we could to sign him.

“The two clubs that were interested when we won his faith were Real Madrid and Manchester United.

“We want him to succeedwith Lyon. We want to support him and that’s why we’re trying to move his career on. In years to come, we want him to become not only a leader for our attack, but a leader from the academy.”

Cherkibecame the club’s youngest-ever scorerat 16 years and 140 days when he netted against third-tier Bourg in the Coupe de France on January 4.