Maguire: Man Utd still have a long way to go after disappointing start 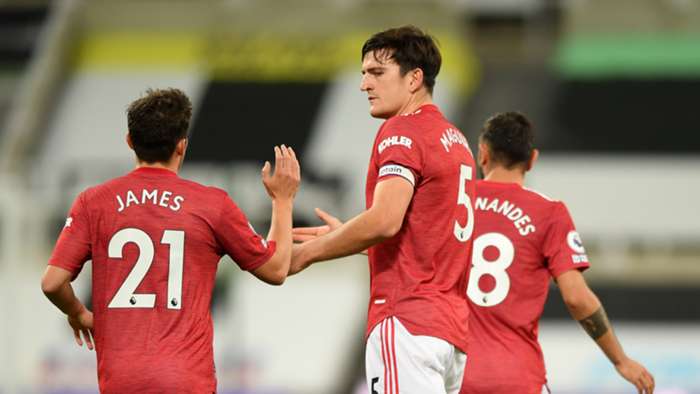 Manchester United captain Harry Maguire admits the club still have a long way to go after their 4-1 win against Newcastle United in the Premier League on Saturday.

Maguire however headed his side level in the 23rd minute before three late goals handed Ole Gunnar Solskjaer a vital three points.

Despite calls for Maguire to be rested following a tough week that saw him sent off for England during the midweek match against Denmark, the centre-back started the game on Saturday and believes the Red Devils responded positively after the thrashing against Spurs.

"I wouldn't say we have answered them the critics. It's funny, three games into the season and it seems like a big crisis. Won two lost two. There is a long way to go, we have to improve," Maguire told Sky Sports post-match.

"When you play for this club and get beat at home, we ask questions. We work hard in training, it is a great group and we knew we had to bounce back. I felt it would have been really harsh if we came away with just a point. A full deserved win.

"We knew we needed to get three points and we managed to do so. We've got a tough run coming up.

"We are still a young team but we won't use that as an excuse. It was disappointing to start like we had but big performance tonight when we needed it."

Bruno Fernandes had a second-half penalty saved against Newcastle before putting his side ahead with a cool finish in the 86th minute.

The Portugal star was quick to highlight Maguire'sresilience post-match and believes the defender can be pushed to greater heights.

"His a big man. He is playing for the national team and Manchester United. It is of course difficult for every player being under fire but he did what he had to do on the pitch," Fernandes told MOTD.