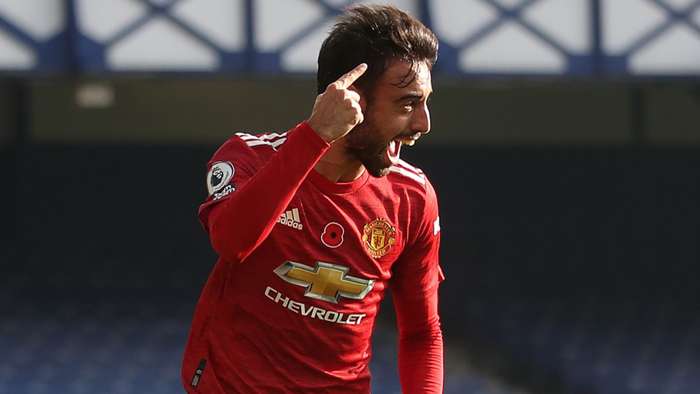 Manchester United captain has hailed the excellence of playmaker Bruno Fernandes as he helped the Red Devils secure a 3-1 win over Everton at Goodison Park on Saturday.

Fernandes scored twice in the first half, although there was some debate as to whether striker Marcus Rashford had touched the ball en route to the net for the second, before setting up Edinson Cavani to score his first goal for the club.

“Bruno was excellent,” Maguire confirmed to the club’s official website. “He came under a little bit of stick on Wednesday night but he’s a big character and a big leader. He’s reacted brilliantly and does his talking on the pitch.

“I’m delighted he’s got a couple of goals or whatever you want to call it, a goal or an assist.”

Maguire, meanwhile, is confident in Cavani’s ability to ease the striking burden in attack. The Uruguayan arrived on a free transfer in October, having left PSG at the end of last season.

United have moved up to 14th in the Premier League standings off the back of their victory, yet manager Ole Gunnar Solskjaer remains under pressure after a start to the season that has seen them lose just as many as they have won domestically.