Makaay on drinking beer at Bayern Munich, his verdict on Haaland and p*ssing off Roberto Carlos 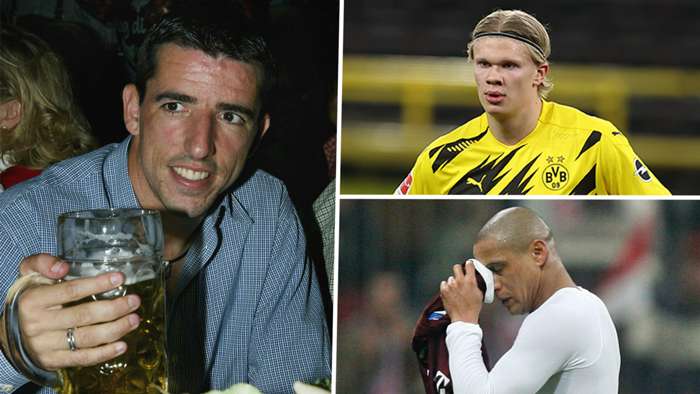 Ex-Bayern Munich frontman Roy Makaay has opened up on his career, including drinking beer on the team busand how he "pissed off"Roberto Carlos when playing against Real Madrid, while also giving his verdict on Erling Haaland.

The Dutchman has plenty of fond memories from his time at Bayern, who he claims were happy to allow the players to indulge in post-match drinking sessions on the team bus.

"At FC Bayern, we often drank a wheat beer or two on the bus after the games," Makaay told Goal and SPOX.

"I know, today thats not necessarily in keeping with the times for a professional footballer, but back then it was simply part of the game."

One of the most famous strikes of Makaays career came in a round of 16 Champions League clash with Madrid in the 2006-07 season.

The former Netherlands international scored the quickest goal in the competitions history when he found the net after just 10.12 seconds, with Roberto Carlos guilty of gifting the ball toHasan Salihamidzic in the buildup to the goal.

Asked how Carlos reacted to making such a huge mistake on the biggest stage, Makaay responded: "Of course he was pissed off. I remember him saying afterwards that it was because of the pitch."

Makaay went on to offerhis assessment of Borussia Dortmund frontman Haaland, who has established himself as one of the most deadly attackers in Europe since moving to Westfalenstadion from Red Bull Salzburg in January 2020.

The Norwegian has hit 33 goals in 31 games across all competitions this season, attracting attention from Real Madrid, Barcelona,Manchester City and Manchester United.

"In my opinion, he is the best young centre-forward," Makaay said of Haaland."Anyone who scores so consistently at this age can only have a great future ahead of him."

Makaay scored 310 goals in 642 appearances in total between 1993 and 2010, having also played for Vitesse and Tenerife before stepping up to a higher level at Deportivo.

The one-time Bayern talisman won nine major trophies in total, including one Liga title and two Bundesliga crowns, while also picking up the European Golden Shoe in 2002-03.

Makaay also won 43 caps for the Netherlands, scoringsix goals for his country.

Neuer can stay at top level for a few more years