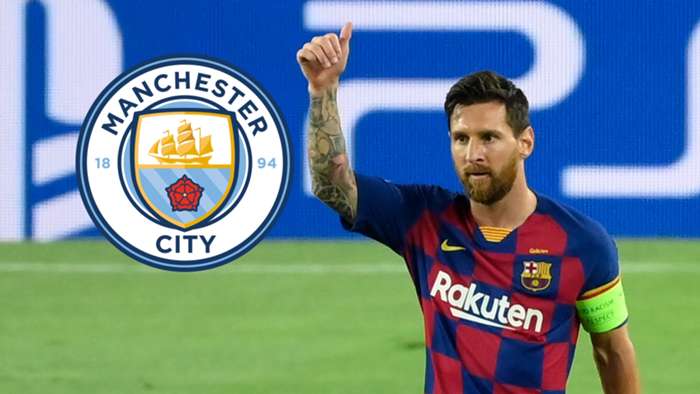 Manchester City are the "top candidate" to sign Lionel Messi when he leaves Barcelona, according to presidential candidate Victor Font.

He is also unhappy with comments made by the senior hierarchy about the performances of the team, and the failure of the club to re-sign Neymar from Paris Saint-Germain.

Several clubs have been linked with the player, but none more so than City, given their considerable financial resources and the fact they are managed by Pep Guardiola, who previously coached Messi at Barcelona.

According to Font, who is one of the leading candidates to replace current Barca president Josep Maria Bartomeu when elections are held next year, City are Messi's most viable destination.

He told talkSPORT of Messi moving to the Premier League:“Only time will tell. The priority for Messi is to play in a team that competes for top silverware. Man City and Pep are top candidates.”

Since Messi's stunning transfer demand last week, Font admits "phenomenal" damage has been done to Barcelona's image, but while he thinks it is inevitable that the player will depart the club where he has spent his entire senior playing career, it is not too late to repair their relationship with the player.

Messi has attempted to activate a clause in his contract which would allow him to walk away from Barca for free, but whichexpired in May. However, he is arguing that because the 2019-20 season was extended into August because of coronavirus, it should still be valid.

Font remains hopeful both sides can sit down and talk out a compromise, with Messi's father and agent Jorge flying into Barcelona on Wednesday to meet with club bosses.

Font said:“It the damage to Barca is quite phenomenal, we insist on managing this properly as the damage can still be contained. We need to sit down and ensure any transition is smooth, and protect the ties between Messi and Barca. We must also protect the value of the brand.

“I’m surely hoping reason prevails;hope is the last thing you lose, and until it is gone, we hope the situation can change. I hope a reasonable agreement is reached so we can protect club going forward.

“The ties between Messi and Barca are deep, he has been here for 20 years. We need to make sure even if he leaves now those ties remain. We have a plan for the future, and would like that to include Messi even after he retires.”

Font criticised Bartomeu for his handling of the Messi situation, and said the club should have considered honouring Messi's request to leave for nothing as a reward for the years of success he had brought to Camp Nou.