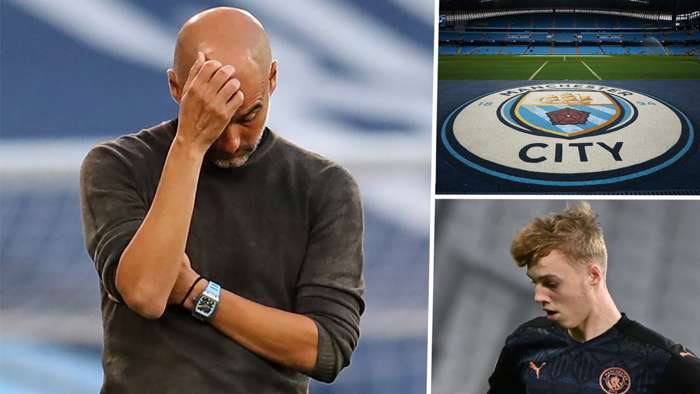 Manchester City have confirmed that two more players, and one additional staff member, have tested positive for Covid-19 following the club's latest round of testing.

The coronavirus crisis continues to worsen in the United Kingdom and globally, with 40 new cases among Premier League players and staff recorded in the past week - a new high for England's top flight.

Manchester City have been one of the worst-affected clubs in the Premier League in terms of the number of positive coronavirustests, with a total of eight players having now tested positive for Covid-19.

That includes first-team stars such asEric Garcia, Gabriel Jesus and Kyle Walker, who all missed City's 3-1 win over Chelsea in their last fixture on January 3.

Despite that fixture at Stamford Bridge going ahead, City have already had one of their matches postponed in the 2020-21 campaign due to the coronavirus situation, with the Premier League meeting against Everton, that was due to be played on December 28, having been called off.

And the news regarding the positive tests for Carson,Palmer and the unnamed staff memberrepresents a worrying latest development, with Covid-19 continuing to spread within the Premier League club.

The latest news will come as a concern to head coach Pep Guardiola, who has already seen his options limited in terms of squad selection over the past month.

While the latest two players to have tested positive for Covid-19 are not essential members of the Catalan's starting XI, the continuing spread of the virus offers a bleak outlook with there the obvious potential for more players and staff to test positive.

Despite the absence of several key players, City have coped well on the pitch, beating Newcastle United 2-0 on Boxing Day before Sunday's impressive 3-1 win over Frank Lampard's Chelsea on Sunday.

The statement from City regarding the latest positive coronavirus tests reads, in full: "Manchester City FC can confirm that Scott Carson, Cole Palmer and one member of staff have tested positive for Covid-19.

"Both personnel will now observe a period of self-isolation in accordance with Premier League and UK Government protocol on quarantine.

"Everyone at the club wishes Scott, Cole and all of our other colleagues a speedy recovery ahead of their return to work, training and competition."

Guardiola, meanwhile, has insisted that City "don't have many players" ahead of Wednesday's Carabao Cup semi-final meeting with rivals Manchester United, and is concerned that his side will struggle to meet the demands of the fixture list with an ever-depleting squad.