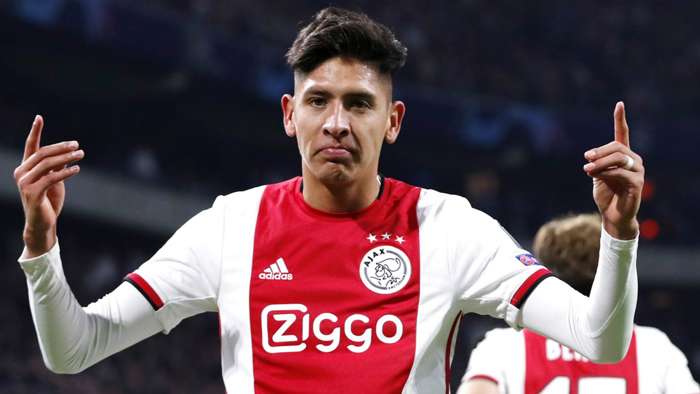 Alvarez has featured in both central defence and central midfield for Ajax. In an interview with Voetbalzone, the 23-year-old admitted that adjusting to the Eredivisie took some time after his move from Liga MX.

“I always fight for my team and for my team-mates," Alvarez said."I am reasonably satisfied with my level, but the football here is different from what I was used to at ClubAmerica.

“It all goes faster, so you have little time to make decisions.That is something I have to get better at."

Alvarez has enjoyed playing under managerErik ten Hag, whose style he believes suits him well.

“I like our playing style and how we put pressure on teams," Alvarez said.

"Many teams are waiting for their opponent, but we are not.At Ajax you have to put constant pressure onfor 90 minutes and I love that vision."

But the Dutch giants, as they usually seem to do, have recovered by unearthing new young stars, includingAntony andMohammed Kudus. Alvarez has beenimpressed by the pair of 20-year-olds.

“The best players of this Ajax?Antony and Mo Kudus," Alvarez said. "Antony really is a top player.He is very fast, structured and also a nice person.

"He really has it all," Alvarez adds on Kudus,"so it's a shame for us that Mo has now been injured.I think he is our best player at the moment."

Though he's only been at Ajax for just overa year, Alvarez confessed that he's already dreaming of a move to England.

“I would really like to achieve an Eredivisie titleone day and then it is a dream of mine to play in the Premier League one day.