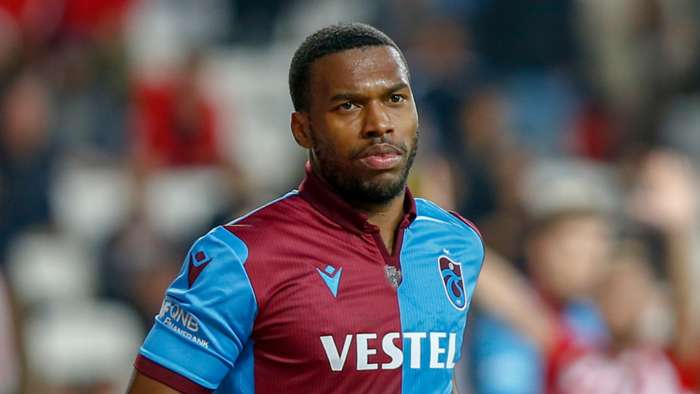 Manchester City are “missinga trick” by notre-signing Daniel Sturridge to bolster their injury-hit frontline, according to his former City team-mate Micah Richards.

Prior to that disappointing spell in Turkey, Sturridge had enjoyed a successful career in the Premier League, having graduated from the City academy in 2006 before going on to play for Chelsea, Bolton, Liverpool and West Brom.

Richards, who played alongside Sturridge at Etihad Stadium, believes the striker is still good enough to play in the top flight and City are making amistake in not snapping him up.

Pep Guardiola’s side are short of forward options currently with Gabriel Jesus still sidelined with a thigh problem suffered in their season-opening win at Wolves, while Sergio Aguero picked up a hamstring injury during last weekend’s draw at West Ham.

“When he plays football again it might be with another team abroad, but I can't help but think that there are several clubs in the Premier League who are missing a trick by not signing him,” Richards told BBC Sport.

“I would include City in that, just to fill in while Sergio Aguero and Gabriel Jesus are injured. Even if he was half-fit, he would score goals in that side.

“At the moment it almost feels like people have forgotten how good he is, but Daniel still has time to remind them, and show everyone what he is really all about.”

Richards also hit back at suggestions Sturridge is a disruptive influence in the dressing room, while dismissing concerns over his injury record.

The former England international was particularly critical of former Crystal Palace chairman Simon Jordan, who suggested Sturridge was a “problem player” shortly after his departure from Liverpool in 2019.

“I thought what he Jordansaid about him was absolutely disgusting,” added the 32-year-old.

“Jordan called Daniel a 'problem player'and a 'divisive influence'and said he wouldn't go anywhere near him, adding that he 'wouldn't want Sturridge in my dressing room or at my training ground around younger players'.

“I was listening and I was flabbergasted. I phoned Daniel up straight away to ask what had happened and he said he had no idea - he had never dealt with Jordan, and neither had his agent.

“I don't know whether someone else was touting him around various clubs without his authority and they were asking for ridiculous money - that kind of thing does happen. But you cannot tarnish Sturridge because he wasn't involved, and it definitely doesn't justify a personal attack like that.

“Daniel's had to deal with a lot of stick in recent years, mostly to do with his injury record.

“The way it has been reported is that he won't play unless he is 100% fit, which is nonsense. He's been struggling with his hip from a young age but if he could play, he always would.