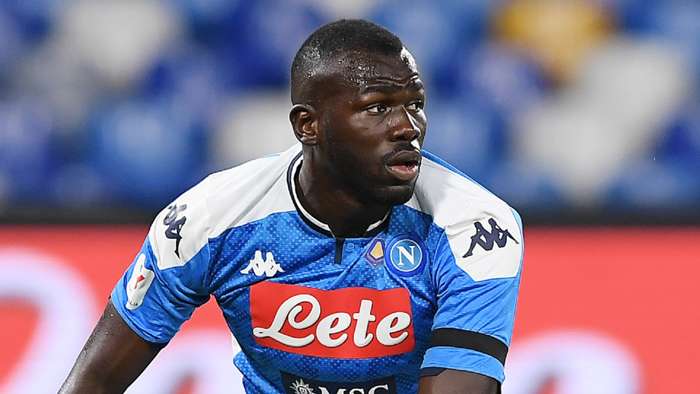 Particular attention was paid to Koulibaly, who has long been touted as a transfer target for some of Europe’s largest sides, with City among the pack seeking the Senegal international as they aim to strengthen their defence further after adding Nathan Ake from Bournemouth.

Koulibaly had a difficult game up against Lionel Messi and Luis Suarez, and won an unfavourable comparison from the ex-England defender.

“I think his price-tag is £20 milllion ($26.6m) less,” he told CBS Sports. “Everyone talks about how he is supposed to be composed on the ball, he's aggressive but I see similarities to Mangala - and he went to City and it didn't really work out for him there so I'm not totally convinced after that performance.”

Mangala won a high-profile switch to City from Porto in 2014 but endured a torrid five years with the club before ultimately leaving on a free transfer to Valencia in the summer of 2019, having played 57 Premier League matches without scoring a goal.

Koulibaly, meanwhile, started his career with Metz before moving to Genk in 2012. He subsequently moved to Napoli three years later and has since made close to 250 appearances in all competitions for the Stadio San Paolo side.

His reputation has flourished in Italy and he has been regularly linked to some of the biggest clubs on the continent, and Napoli have admitted he might depart imminently.

Napoli president Aurelio De Laurentiis told Sky Italia: “Kalidou is a great person, I would be terribly sad to lose him. But there is a time for everything, even to move apart.