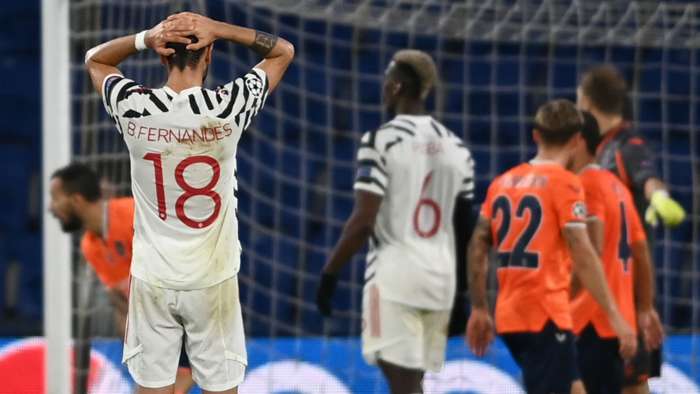 Ole Gunnar Solskjaer’s side have, however, remained frustratingly inconsistent in 2020-21 and took another step backwards at Fatih Terim Stadium.

Gaping holes were left in their defensive unit for Basaksehir to exploit, with Demba Ba’s opening goal seeing him sent scampering clear by one long ball over the top.

Ozcan admits that a team seeking a spark of their own this season were surprised to see United in such disarray, but they were determined not to let the opportunity pass them by and relished the chance to pile further pressure on under-fire Solskjaer.

“In that situation I was stunned for a moment, but then I didn't really care and I just hoped Demba would get the ball in,” Ozcan told Goal and Spox.

Basaksehir had been pointless heading into their meeting with United, but are now “back on track” and Ozcan believes Okan Burak’s side have shown that they can “keep up” in what has been dubbed the ‘Group of Death’.

The defending Turkish champions suffered 2-0 defeats to PSG and Leipzig in their opening fixtures, but are very much in the hunt for qualification out of what has become a keenly-contested Group H.

Ozcan believes they are capable of making the knockout stages and is determined to make the most of every minute he gets on the grandest of sporting stages.

“Once you've played the Champions League, you never want to be without it,” he added.

“You play against the best players in the world, you can measure yourself against them and see what level you are yourself.”

Ozcan has been testing himself against some of the finest talent on the planet.

Kylian Mbappe and Neymar are among the star turns on the books at PSG, while the considerable threats of Marcus Rashford and Bruno Fernandes were contained against United.