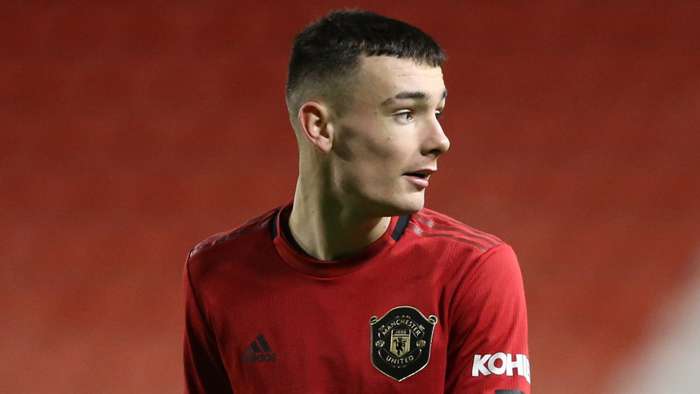 Manchester United midfielder Dylan Levitt has agreed to join Charlton Athletic on a season-long loan deal, while James Garner is in talks with Huddersfield Town.

Nineteen-year-old Levitt will spend the season at the League One side to gain more first-team experience, with him having made his senior debut for Wales in their 1-0 win over Finland last week.

He has sincebeen in London sorting out his move for the 2020-21 campaign and he will becomethe fourth United player to be sentout on loan ahead of the new season.

And Pereira might not be the only United player at Huddersfield next season as midfielderGarner continues talks with the Championship side.

Garner, who made three starts for the first team in the Europa League last season, played in the Under-23s' friendly against the Terriers on August 29 and chatted with head coach Carlos Corberan ahead of the game.

It is understood that talks are continuing and the 19-year-old is edging closer to a season-long loan move away. Blackburn and Millwall have also shown an interest in the highly-rated England youth internationalwho needs a test higher than Premier League 2 this season.

Under-23s manager Neil Wood is expecting to have a very young side in the 2020-21 season and while the majority of loan deals have now been agreed, it’s possible that another couple could go through before the October 16deadline, with there being interest in Ethan Laird and Di’Shon Bernard.

Teden Mengi has impressed Ole Gunnar Solskjaer and pushed into the first-team set-up over lockdown, andit is understood the centre-back will be staying at Old Trafford for another season to continue his development there.

"I think if they’re not going to be around the first-team and involved in that then the natural next step is to go out on loan and go and show how good they are,"Wood told Goal.