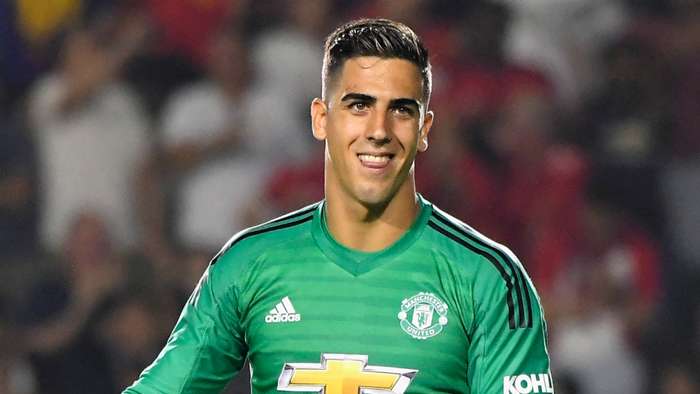 Pereira, who has made three competitive appearances for the first team, has had various loan spells over the past two seasons with Vitoria Setubal, Belgian side Kortrijk and Scottish Premier League side Hearts.

He becomes the fourth player to go out on loan ahead of the new campaign, with Tahith Chong joining Werder Bremen, Aliou Traore moving to Caen for the season and fellow goalkeeper Matej Kovar joining Swindon Town for the 2020-21 campaign.

The club had hoped to have announced the deal on Friday night so Pereira could play in the friendly against United’s Under-23s on Saturday afternoon but it is understood that the paperwork was not completed on time and Ben Hamer started in net for the Terriers.

Huddersfield Town head coach Carlos Corberan told their club website: “Joel Pereira is a player that covers all the demands we have from our goalkeepers. In terms of his reflexes, domination of the box, covering spaces and distribution of the play – all of these abilities are something that aren’t easy to find in a ‘keeper.

“For me it’s a very positive reaction from the Club, in terms of getting a replacement from Ryan Schofield’s injury.

“We are looking forward to working with players with potential that allow us to grow as a club.”

It is understood the club are still working on loan moves for James Garner and Dylan Levitt as they look for more regular playing time.

U23s coach Neil Wood spoke to Goal about loan moves ahead of the new season: “I think if they’re not going to be around the first team and involved in that then the natural next step is to go out on loan and go and show how good they are,” Wood said.

“It wouldn’t be right to keep them in the 23s for another season just to bolster the squad or because we’ve gone up a league and we’ll be playing tougher opposition.”