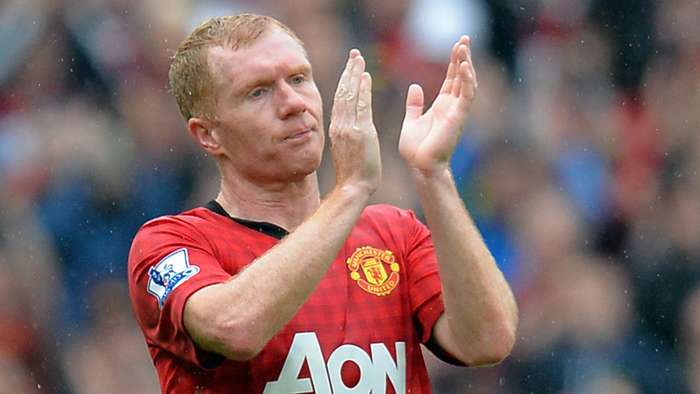 Manchester United legend Paul Scholes has revealed that Phil Neville almost talked him into joining Everton once the decision was taken to step out of retirement in 2012.

He was, however, to find life away from the pitch difficult to stomach, despite filling a coaching role within United’s academy set-up.

At 36 years of age, Scholes opted to have one more go at competitive football and revealed to those closest to him that he would be making a professional U-turn.

Sir Alex Ferguson eventually paved the way for a modern-day great to rejoin the Red Devils’ ranks, but only after a stunning move to Goodison Park had been mulled over.

Scholes told DAZN of his return to a Premier League stage: “I came back in September 2011 with Warren Joyce and the under 23s and I was training every day.

“I felt as fit as I probably ever had done after having four months off - it was just the break I needed. I said to Joyce that I wanted to play again - I just wanted to play.

“Where it was I didn't care. I didn't expect United to want me back. I spoke to Phil Neville and he said, 'Come and play for Everton.'

“I've never really wanted to play for anyone else or be involved with any other club but if that was the only option I had then I might have done it, I don't know.”

Scholes stepped back into the spotlight with United during an FA Cup derby date with arch-rivals Manchester City in January 2012 and would prolong his career for a further 18 months on the back of a big call that few saw coming and required him to buy his own boots in order to keep secret.

He added: “The next step had to be Mike Phelan, the assistant manager. I must have spoken to him at 7.30 in the morning because I was so nervous the night before waiting to see what he thought and he thought it was a great idea.

“Then there's one more person to get through which was the most important. As soon as I saw Mick I went to see the manager and told him I want to play again.

“I said that I feel fit and I feel okay and he said, 'Do you want to play here or do you want to go somewhere else?'

“There's no way I wanted to go somewhere else. He said, 'Right I'll sort your contract out,' and that was within five minutes.

“He was on the phone to David Gill and I think it was the next day I signed for another six months. And then you think, 'What have I done?'

“He brought me into the squad to play Man City in the FA Cup. He told me not to tell anybody and the players had absolutely no idea.

“My wife knew and I think I might have told my dad but nobody else knew.

“We get to the ground on the Sunday and my kit is there. I actually couldn't get any boots. They couldn't know I was playing.