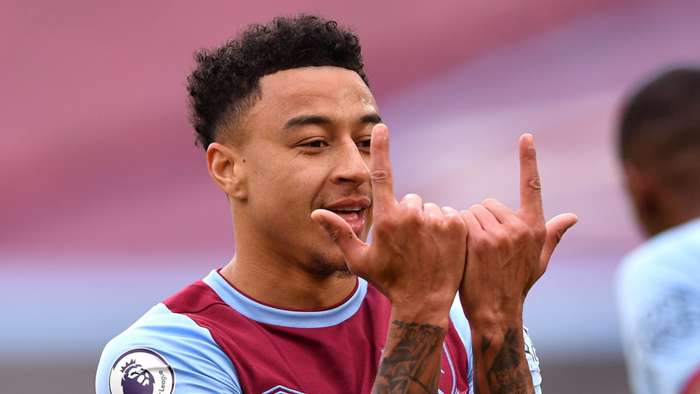 Jesse Lingard has said that he doesnt feel like he has hit his peak yet despite being in incredible form since sealing a loan move to West Ham from Manchester United.

The attacking midfielder had fallen out of favour at Old Trafford and was allowed to leave on a temporary basis as he looked to secure game time and keep his name in the thoughts of England boss Gareth Southgate.

His stellar performances for the Hammers haveresulted in him being brought back into the Three Lions fold and Lingard admitsthat he is excited to see which direction his career takes as his club future remains up in the air.

While David Moyes has admitted that he would like to sign Lingard on a permanent basis, West Ham do not have an automatic option to buy the playmaker.

The 28-year-old is, however,only focusing on maintaining consistency in his game for now, telling Standard Sport: "Players are obviously used to playing full seasons and I don’t think I’ve ever played a proper full season before.

"I still feel like I’m 25. A lot more players have played full seasons, I’ve not really. So I don’t feel like I’m at my peak yet. If I carry on this form, consistency and focus, we’ll see what the future holds. I’m happy at the moment, playing football with a smile on my face and that’s the main thing.

"When I went on loan, I had to start quick and I’m just playing my natural game at the moment. I’m comfortable. Now it’s just about keeping consistency – that’s what I’ve lacked sometimes over the years. It’s about focus, going into each game with the same mentality.

With five goals, three assists and two penalties won for his temporary club, Lingard looks like a man reborn and he has admitted to already ticking off two targets that he set for himself in London.

"I wont reveal them yet though!"he said. "We wrote all the games down and I’ve got different little things like [number of] shots and take ons, things like that.

"Another board is just full of inspirational quotes and things that can get that fire in my belly. I’ve come here with a really good mindset and a really good focus and concentration on what I need to do.

"There’s also words on the board, so I can look at them every day before I go to training and have a couple in my mind. It might be ‘pace’ or ‘intensity’, to name a couple. And intensity has been massive for me at West Ham. I start on the front foot, start intense and play the game quick."