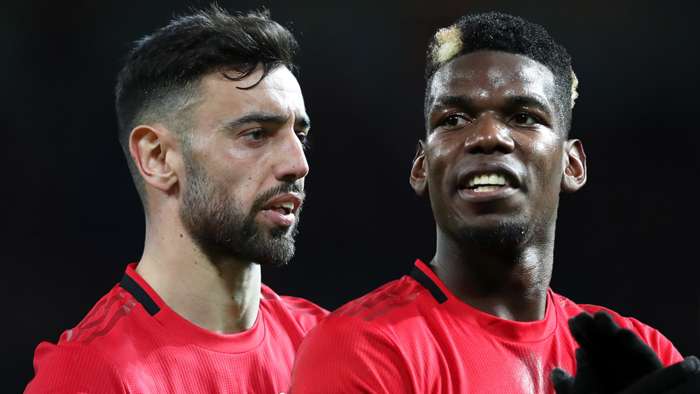 It took £89 million ($117m) to secure Pogba’s signature, while a further £47m ($62m) was required to lure Portuguese playmaker Fernandes away from Sporting in January.

The latter has offered an immediate return on his price tag, becoming a talismanic figure in the process, while the former is being backed to fulfil the potential that he quite clearly has.

Pogba and Fernandes could become a destructive pairing for United, allowing them to chase down major honours, but Pallister feels cover is required in the current transfer window – with the Red Devils having been heavily linked with Aston Villa captain Jack Grealish.

The former United defender told Compare.bet: "I suppose, if Pogba or Fernandes is injured, have we got anybody else with that kind of vision?

"Everybody was talking about McTominay and Fred doing really well before Paul Pogba came back into the side and before we bought Bruno. Especially Fred.

"I think he’s had a tough time at Manchester United — everybody was saying that he was a waste of money, that he looked out of his depth, that he didn’t really look as though he’d settled in England.

"But up until lockdown this season, he’s probably been one of our more consistent players, so he’s turned it around. Scott McTominay is a young kid who’s done exceptionally well.

"You know, they haven’t got the vision that Pogba and Fernandes have got, but I think they give you a bit of steel.

"Scott’s a Manchester United boy, he’s come up through the system, he understands the club, so I’m not panicking that much about the midfield area.

"Maybe, as I say, we need somebody if Pogba or Fernandes is injured."

Another of those that United have been linked with in a bid to find added spark is Borussia Dortmund winger Jadon Sancho.

Pallister believes the 20-year-old forward would be a useful addition, saying: “It would certainly help.

“Sancho’s much sought after, he’s English, and I think he’s the type of player that you love to see at Old Trafford. He’s entertaining.

“Whether they can break up the City-Liverpool dominance remains to be seen, but certainly, as I say, we’re on the right track to do something about that.

“Is it too early right now? We need to get a little bit more quality into the squad, there’s no doubt about that. But we’re on the right track.

“It might take a couple more years before we’re fighting for the Premier League title. I’d maybe say that next year is probably too soon, but Ole’s putting things in place.”