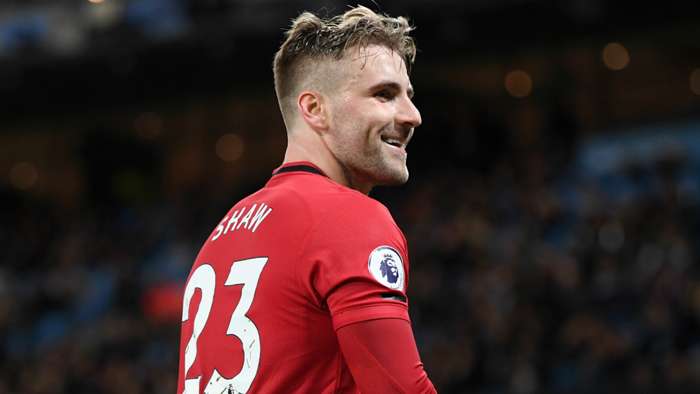 Manchester United have updated their 30-man squad for the resumption of Europa League duty, with injured duo Luke Shaw and Axel Tuanzebe among those to miss out.

OIe Gunnar Solskjaer’s side hold a commanding 5-0 lead in that contest, with the first leg played out in Austria prior to a coronavirus-enforced lockdown.

The 2019-20 Europa League campaign is now about to be played to a finish, with the final stages set to be held in Germany.

United do, however, have an outing at Old Trafford to take in before booking a spot in the last eight.

Solskjaer has pieced together his plans for a trophy bid, with there plenty of experience at his disposal.

Phil Jones is included in the Red Devils’ ranks despite being sidelined since the resumption of competitive football in mid-June.

Fellow England international Shaw cannot be called upon, though, after suffering a twisted ankle in a Premier League meeting with his former club Southampton.

Tuanzebe is also stuck on the treatment table and will be unable to figure in the remainder of United’s European efforts.

Minutes could be seen, though, by a number of promising youngsters, with there plenty of academy graduates to be found in Solskjaer’s squad.

United said in a statement on their official website: “Youth-team skipper Teden Mengi is on the list, with the no.71 shirt number, after stepping up to train with the senior squad.

“The centre-back provides extra cover at the back and is joined by fellow defender Ethan Laird, who has already appeared twice in the competition this season.

“Northern Ireland international Ethan Galbraith, who came on as a substitute in the away game with Astana last year, is one of 11 midfielders in the squad.

“Tim Fosu-Mensah is also selected after breaking into the side towards the end of the Premier League campaign.”

United have all of their big hitters available as they prepare to go in pursuit of major silverware, with the likes of Paul Pogba, Bruno Fernandes, Anthony Martial, Marcus Rashford and Mason Greenwood all ready and raring to go.