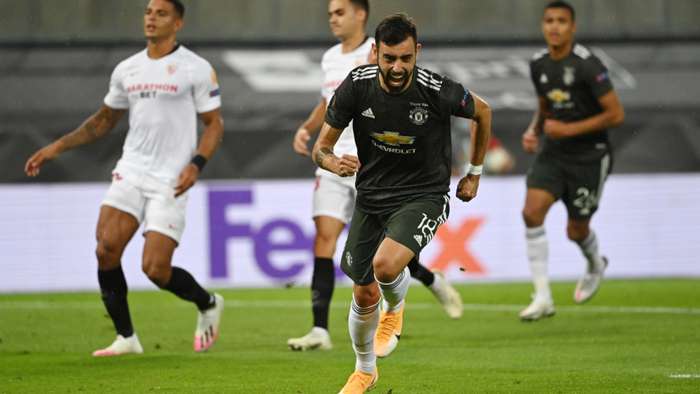 Manchester United’s remarkable run of penalties continued when Bruno Fernandes converted from the spot in their Europa League semi-final against Sevilla in Cologne on Sunday.

Rashford had managed to get in a shot on goal before he was brought down, but referee Felix Brych still pointed to the spot.

It was the 22nd penalty United have won in all competitions this season, the most a team has hadin Europe’s top five leagues since Barcelona won 24 in 2014-15.

Fourteen of those penalties came in the Premier League, the most in the division, with five in the Europa League, two in the FA Cup and one in the Carabao Cup.

Ultimately, however, the penalty from Fernandes wasn't enough on the night as Sevilla turned around the early deficit to advance past United with a 2-1 win.

Fernandes has certainly benefited from United winning so many penalties. He has scored a remarkable 12 goals for the Red Devils since his €55 million (£47m/$60m) move from Sporting during the January transfer window, with eight of those coming from the penalty spot.

That includes the only goal in extra-time of the Europa League quarter-final against FC Copenhagen on Monday, as well as the opener in their crucial final Premier League match of the season against Leicester, with their eventual 2-0 win securing qualification for next season’s Champions League.

The 25-year-old’s influence extends beyond just penalties, though. Fernandes has eight assists to his name in a United shirt, meaning only Bayern Munich’s Robert Lewandowski and Barcelona superstar Lionel Messi have had a hand in more goals in all competitions since Fernandes made his debut against Wolves at the start of February.

Despite making a flying start in Cologne, United were unable to hold on to the lead given to them by Fernandes.