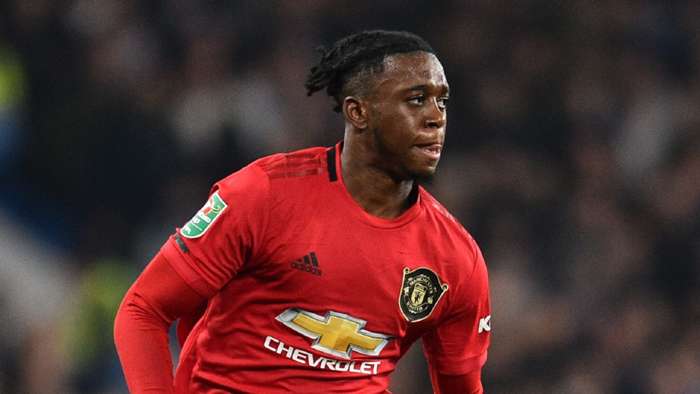 The 22-year-old has since built on that reputation by establishing himself as a regular in Ole Gunnar Solskjaer's starting XI at Old Trafford, helping the Red Devils re-emerge as a formidable Premier League forcein the process.

The English right-back took in 46 appearances across all competitions in 2019-20 as United reached three semi-finals and earned a third-place finish in the top-flight.

However, he is still on the lookout for his first goal in the famous red shirt, and only managed to contribute four assists last term, while Walker and Alexander-Arnold posted far better numbers for Manchester City and Liverpool respectively.

It has been suggested that Wan-Bissaka needs to work on his attacking game in order to reach the next level, but Neville thinks he should continue to strive for excellence in a different capacity.

"People say Aaron Wan-Bissaka has to improve going forward but I say he is a fantastic defensive right-back," the ex-United man told the Daily Mail.

"He should focus on his defending and become a brilliantManchester Uniteddefender, who keeps clean sheets.

"It's not the case that because Trent Alexander-Arnold and Kyle Walker are two of the most outstanding attacking full-backs in Europe, Manchester United have to have one too.

"I've seen Branislav Ivanovic and Cesar Azpilicueta be successful in the Premier League over the past five or ten years and they have been very different to the attacking full-backs. There is more than one way to win a football match."

Neville added on the areas he would like to see Wan-Bissaka improve:"The one thing that I think Wan-Bissaka should do is try to create a relationship with his right winger, whereby he can serve that player and his central midfield well.

"Roll passes at the right weight, to the right side of the player's feet so that the attack can start.

"Maybe then the other things, like the overlap he may produce to open space for people is something that he could add.

"I have seen him get left isolated on the ball at times, in what's a big pitch at Old Trafford. He needs that option in front of him to his right, inside to his left and a diagonal option into his striker.

"I always used to have those three options - whether it was David Beckham, Roy Keane or Dwight Yorke, or Michael Carrick, Cristiano Ronaldo and Wayne Rooney. I knew where those three were and I was feeding it into them - serving the attack.

"It's a bit of an old fashioned approach because nowadays full-backs are expected to be wingers, score goals, set up goals, take free-kicks and penalties.This is a little bit of a throwback.

"This is a defensive full-back who is very different and I don't think we have to try and say he needs to be something different.

"He's an outstanding defensive right-back. He's a better defender than some of the attacking full backs, work on that."

United have been heavily linked with a move for another left-back in recent weeks, with Porto's Alex Telles reportedly top of Solskjaer's list of targets at the moment.

Neville thinks such a signing could ease some of the pressure on Wan-Bissaka, whom he believes has been unfairly compared to his more attack-minded peers.

"Maybe Manchester United's next signing is a left-back,a real attacking left-back who would do something similar to Andy Robertson and Alexander-Arnold," said the Red Devils legend.

"Wan-Bissaka could potentially be part of a back three almost, narrows in a little bit. For me it's not about what he needs to do in an offensive manner, just polish up serving into the forward players to start the attack.

"But the idea that you are going to make Aaron Wan-Bissaka into Alexander-Arnold or Walker is never going to happen. So let's not concentrate on that.