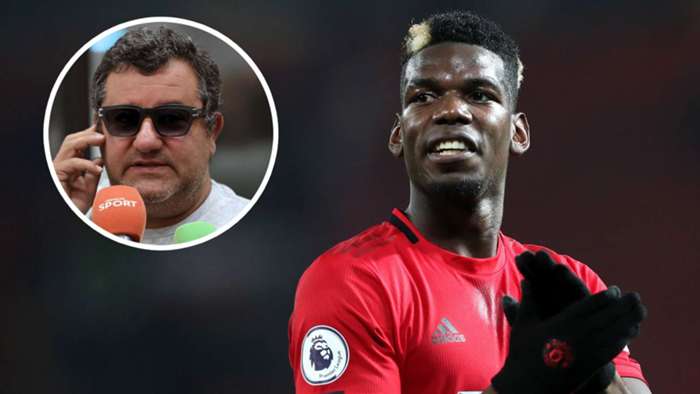 Mino Raiola says that is set to hold talks with Manchester United over a new contract for Paul Pogba as the agent insists that his client is still a key player for the club.

Pogba has been with Manchester United since 2016, as he returned to Old Trafford after a four-year stay with Juventus.

He's made 157 appearances since making that return, scoring 32 goals while leading Manchester United to a Carabao Cup triumph and a Europa League title.

However, in recent seasons, Pogba has been at the centre of transfer rumours, with the midfielder often linked with an Old Trafford departure.

According to his longtime agent Raiola, though, Pogba is set to stay at Old Trafford for the foreseeable future as the two sides are set to begin talks over a new deal.

“Pogba is key player for Man Utd, they have an important project and he’s 100 per cent included. Man Utd will not accept any bid on this summer to sell Pogba," Raiola told Gianluca Di Marzio

"He is not the type to make controversy, especially in a moment where you have to stay calm and see how it turns out.We will deal with the renewal calmly, without stress. We will continue to talk about it."

While Pogba looks set to remain at Manchester United, Raiola also revealed that another one of his clients, Erling Haaland, will also remain at his current club this summer.

Haaland only joined Borussia Dortmund in January, but has run rampant since joining the Bundesliga side, scoring 16 goals in 18 games for the club.

Given his success, Haaland has been linked with a big-money move as soon as this summer as the 20-year-old forward has already become one of the world's most in-demand strikers.

However, Raiola says that those that missed out on Haaland in January must deal with their mistake as he will be a Dortmund player for at least another season.

"He is a regret for those who did not take him and a dream for those that did take him," Raiola said.