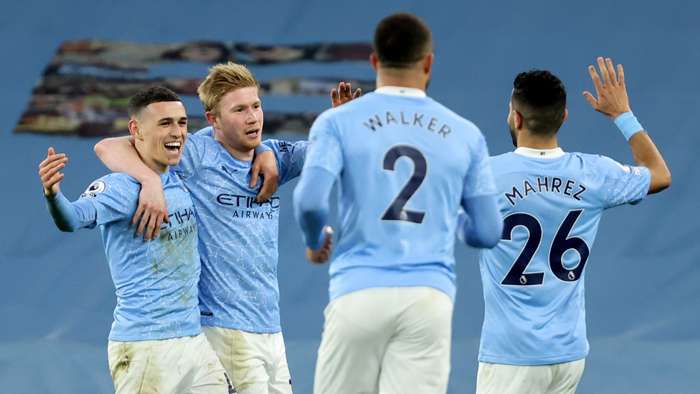 Manchester City will be looking to put one foot in the Champions League semi-finals when they welcome Borussia Dortmund to the Etihad Stadium on Tuesday.

Pep Guardiola’s men are desperate to match recent domestic dominance with European success, having only ever made it past the quarter-finals once - suffering elimination at this stage in each of the last three seasons.

However, they are clear 1/3(1.33) favourites with bet365 to set themselves up for a place in the final four by taking an aggregate lead to Germany by coming out on top.

Dortmund have only won one of their last five matches in all competitions but can be backed at 7/1 (8.00) to take the upper hand with a shock victory here.

The sides shared a 1-1 draw in their only previous meeting at this ground back in 2012, and you can get odds of 9/2 (5.50) on them cancelling each other out once again.

With a fully fit squad to choose from, Joao Cancelo, Ilkay Gundogan, Phil Foden andRaheem Sterling are likely to return to the starting line-up after being rested for Saturday’s win over Leicester.

Dan-Axel Zagadou, Marcel Schmelzer,Axel Witsel,and Jadon Sancho are all ruled out, while Youssoufa Moukoko will face a late fitness test.

Although domestic form sees them well adrift of the Champions League places, Edin Terzic’s team is still more than capable of causing problems for a home team that has suffered eliminations against Lyon, Tottenham, Liverpool and Monaco in the last four seasons.

Indeed, the side spearheaded by the irrepressible Erling Haaland has not failed to find the net in 37 matches - averaging over two goals a game in that time.

While they have kept seven consecutive clean sheets in this competition, the Citizens have conceded in four of their last five home matches in all competitions - although have only failed to score once in 34 fixtures themselves.

All in all, odds of 4/5(1.80) look well worth backing on Dortmund joining City on the scoresheet in an exciting Champions League clash at the Etihad.