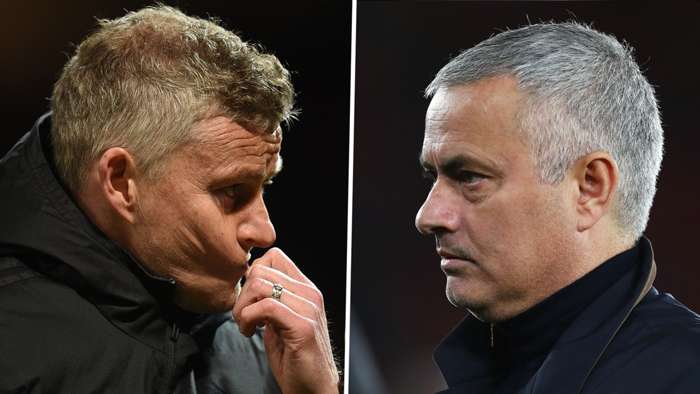 When Manchester United were dumped out of the Champions League in 2018 by Sevilla, it was a watershed moment for Jose Mourinho.

Of course, elimination at the last-16 stage of the Champions League isn't always reason enough to start considering a change of coach, but there were so many issues with United's performances in both legs of the tie, chief among them the team selection and the style of play.

Then, there was the remarkable, 12-month rant Mourinho went on just a few days after United's exit.

United's fans had already been voicing their approval of the manager's allegedly negative tactics by roaring "Attack! Attack! Attack!" during home games but many were nonetheless stunned by their team's reactive approach to the second leg against Sevilla.

Ahead of an FA Cup clash just a few days later, Mourinho responded by going on the offensive by essentially suggesting that the Old Trafford faithful were suffering from a misguided sense of entitlement.

"In 2016, comes back to European football, out in the group phase; goes to Europa League and on the second knockout out, out of Europa League.

"So, in seven years with four different managers, once not qualified for Europe, twice out in the group phase and the best showing was a quarter-final."

Mourinho was effectively arguing that it should not have been surprising to see United lose to Sevilla; he was insinuating that, if anything, it was to be expected.

This, though, was not the kind of comment fans expected from the manager of a club that had won the European Cup three times.

Mourinho, though, was claiming that everything had need to change for United to become a major European force again – and he was right.

He had also reasoned that the club didn't just need investment, but also time. By that stage, though, United's patience was already running out.

Indeed, members of the board had already grown increasingly frustrated by his public criticism and his relationship with his employers never really recovered from the Sevilla outburst. He was sacked just nine months later.

United, though, have since shown themselves willing to give Ole Gunnar Solskjaer the patience that Mourinho craved, primarily because the Norwegian almost immediately proved himself capable of ushering in the wholesale changes that were so desperately required.

Of course, Solskajer simply wanted to hit the reset button. He repeatedly championed the club's traditional values and proved a man of his word by putting his faith in exciting, young footballers.

The United side that will face Sevilla in the Europa League semi-finals on Sunday could hardly be further removed from the workman-like Mourinho outfit beaten 2-1 at Old Trafford two years ago.

Indeed, the only remaining starters from that night in March 2018 are likely to be Marcus Rashford and Nemanja Matic.

Thanks to the changes, the dressing room is more harmonious and the team are playing with attacking vigour that was so sorely lacking under Mourinho.

There is, of course, still considerable room for improvement and Sevilla will be quietly confident of upsetting United again.

Solskjaer’s side will certainly have to improve upon their performance in the quarter-final win over Copenhagen in the quarters if they’re to beat the five-time winners, who are also presently one of the form sides in Europe.

However, the whole atmosphere at United has changed over the past year.

Whereas two years ago Mourinho was talking about the fans needing to lower their expectations, Harry Maguire came out this week and said reaching semi-finals isn't good enough.

It's the kind of mindset that will please his manager immensely.

Solskjaer has tried– and succeeded– in changing many things since his appointment as manager and United haven't just improved on the field; they've made big and significant leaps forward in terms of squad unity and club culture.

Now, though, the boss wants to follow in the footsteps of his predecessor by delivering a European trophy.

In a way, Solskjaer wants to prove Mourinho right; that radical changes were required if United were to reclaim their place among the game's elite.