Manchester United have an extraordinary path ahead of them - Lopetegui 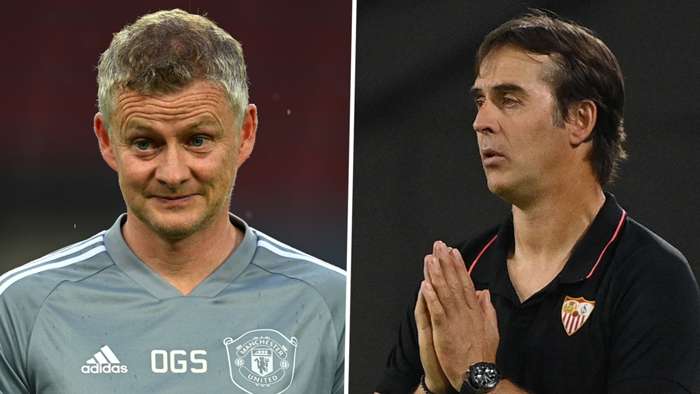 Sevilla coach Julen Lopetegui predicts Manchester United have an "extraordinary" future but is adamant his team are deserving of their place in the Europa League final.

After an even first half, which saw Bruno Fernandes and Suso net for either side,Ole Gunnar Solskjaer's men began the second period in devastating fashion and crafted a host of chances.

But they could not find a way past the inspired Yassine Bounou, and once United began to fade, Sevilla hit them on the break – Luuk de Jong netting the decisive goal 12 minutes from time.

Lopetegui remains convinced United are on a positive path, even if he believes Sevilla fully deserve their spot in the final.

"It was a game of resilience, of being able to compete to the limit as we have always done," Lopetegui told Movistar.

"Manchester United were the best team in England after the return from lockdown, they have an extraordinary path ahead of them.

"There are few teams that have the central game of United. In the first half we managed to control them, in the beginning of the second half we didn't and Bounou was fantastic. Then it balanced out and we had options to hurt them.

"I've great happiness for the boys, the fans...it is a difficult team to face and they deserved the reward. We have achieved it and now we rest. When you get to a final, what you want is to win it."

Sevilla will play either Inter or Shakhtar Donetsk in the final on Friday with the pair to face off in their semi-final on Monday.

Following the Red Devils' Europa League exit, Solskjaerdeclared the club need new signingsif they are to end their now three-year run without a trophy.