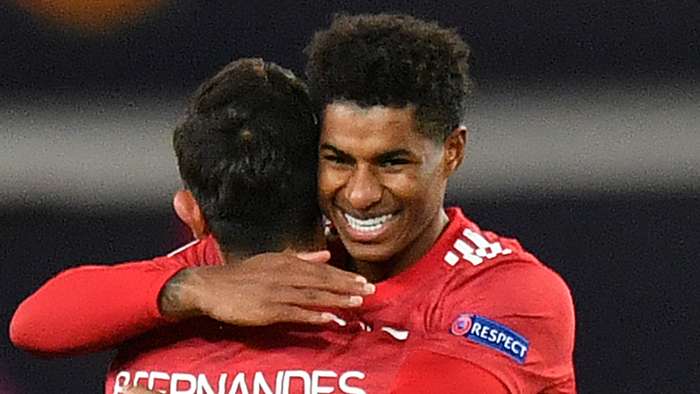 Manchester United hat-trick hero Marcus Rashford has revealed what he was told before he was brought on by manager Ole Gunnar Solskjaer during the club’s landslide midweek Champions League victory over RB Leipzig.

Rashford’s influence from the bench was an emphatic one as he scored a hat-trick in only 18 minutes to set up a 5-0 victory, with Martial also getting on the scoresheet from the penalty spot.

His introduction brought fresh life to the United attack – and that is exactly what he was instructed to do by Solskjaer.

“I think the manager wanted me to up the tempo. That for us means going forward,” he said after the match.“There were definitely spaces there. We got Bruno Fernandes and Paul Pogba on the ball. We looked dangerous throughout and that we could score every time we went forward.

"It was a real team performance. The ones who started did well and the substitutes did well too.

“We can't ask for much more than that in terms of the attitude and the intent to go and kill the game off. It worked in our favour.”

Victory was United’s second in as many Champions League outings this season, having also overcome Paris Saint-Germain on the first matchday of the competition – with Rashford again decisive in that encounter.

Domestically, though, the Red Devils have not fared so promisingly and presently lie 15th in the standings, albeit having played a game fewer than many of the sides around them.

Nevertheless, their record of two wins, a draw and two defeats is uninspiring, particularly as their last home league outing ended in a 6-1 loss against Jose Mourinho’s Tottenham.

The immediate focus for Solskjaer’s side is an Old Trafford meeting with Arsenal on Sunday, while they have a Champions League double header against Istanbul Basaksehir to look forward to, with the Turkish side yet to pick up a point in the competition thus far.