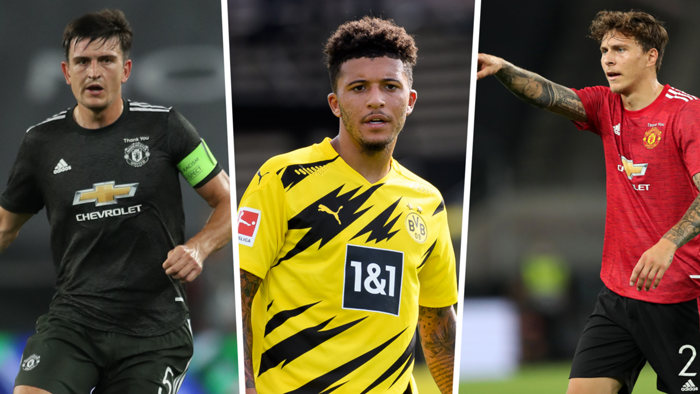 Dimitar Berbatov believes Manchester United should be prioritising a move for a centre back over a transfer for Jadon Sancho ahead of the start of the new season.

United are still trying to agree a deal for the Borussia Dortmund winger and are also keen on strengthening in defence, butformer club striker Berbatov thinks a defender should be the main focus ahead of the October 5 deadline.

“Centre back, for sure, needs to be the priority in my opinion. Who that is going to be and if they are going to buy a player I don’t think we will find out until the end of the window, but that should be the priority, along with right back,” Betfair ambassador Berbatov told Goal.

Victor Lindelof and Harry Maguire were Ole Gunnar Solskjaer’s first choice centre-back pairing last season, but Berbatov isn’t convinced by the consistency of the pair despite them keeping 13 clean sheets in the league last season.

“I think Lindelof is good enough but sometimes he makes unnecessary mistakes where he is out of position, and that is not good for the team. That’s why they need someone, not only to push him but also for Maguire as well,” Berbatov explained.

“Even if you are captain and they spent a lot of money on you doesn’t mean you have to play every game and I think he can do even better.

"He has had his ups and downs, he has had some good games and bad games like every player has in their career but obviously and the most important thing is that Ole trusts him and gave him the armband and made him the captain.

"I like him because he’s calm on the ball. He brings the ball out from the back to the midfield, he doesn’t panic when someone is pressing him he is taking chances with some risky passes which you need sometimes.”

Despite his calmness on the pitch Berbatov thinks it will be test of Maguire’s mental strength at the start of the campaign to see how much his arrest while on holiday with his family in Greecehas affected him.

“It depends on him and his surrounding, family, friends, agent, teammates,” Berbatov said. “There are always things in the background that we don’t know, but that’s unpleasant, you never want things like this and it will have an impact definitely. How big? We will see.”

Berbatov, who played for United between 2008-12, would also like to see competition brought in for Aaron Wan-Bissaka at right back before transfers are agreed to bolster the front line.

“He has had a great season. But who else is pushing him for in that position? You need someone to be there because you are never far away from a bad game or a red card or injuries,” Berbatov said.

“He is very young and very fast, sometimes his positioning is not the best but because he is so young and fast he can cover himself better, even if he is out of position, but he needs someone to push him.”