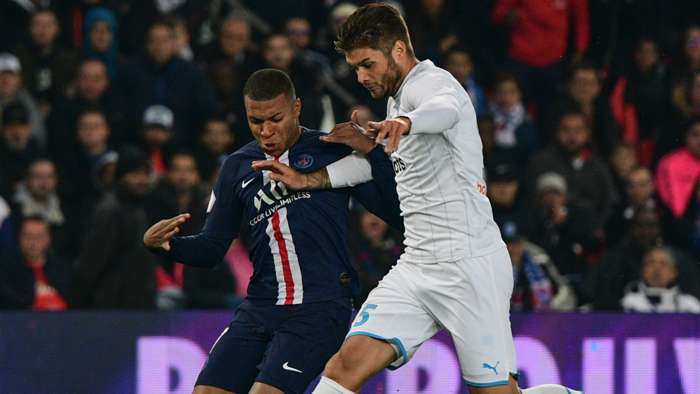 Marseille police have confirmed that they have reversed a decision that would have seen Paris Saint-Germain shirts banned in the city centre on Sunday.

OM are currently the only French side ever to have won the competition, despite the likes of Reims, Saint-Etienne and Monaco having previously graced the final.OMare fiercely proud of their 1993 titleand many of their fans do not want to see PSG equalling that achievement.

On Tuesday, there were clashes between Marseille fans and their PSG counterparts in the city. L’Equipe reported that there were around 50 OM ultras patrolling the Old Port district of the city to disconnect televisions and threaten PSG fans. There were some violent clashes and one man was arrested.

With tensions running high in the port city, a decision was taken on Thursday to ban PSG colours in the city centre, but there has now been confirmation that this has been overturned.

“The sole purpose of this decree was to protect Parisian supporters, and in no way aimed to restrict freedom of movement,” authorities said via a statement released on Twitter. “Faced with the incomprehension that came with this decree, the prefect of police has today decided to repeal it.

“On Sunday, there will be forces or order deployed around the area of the Old Port and they will be particularly vigilant to stop any action that may result in trouble, without exception.”

Professor Paul Cassia of the University of the Sorbonne had previously told RMC that the decree was “clearly illegal”.

“The risk of an attack has not been demonstrated,” he said. “The measure was disproportionate. On Tuesday night, 250 PSG supporters gathered in Marseille. Two of them were attacked because of the jersey they were wearing. The role of the police is to reconcile the freedom of each person.”