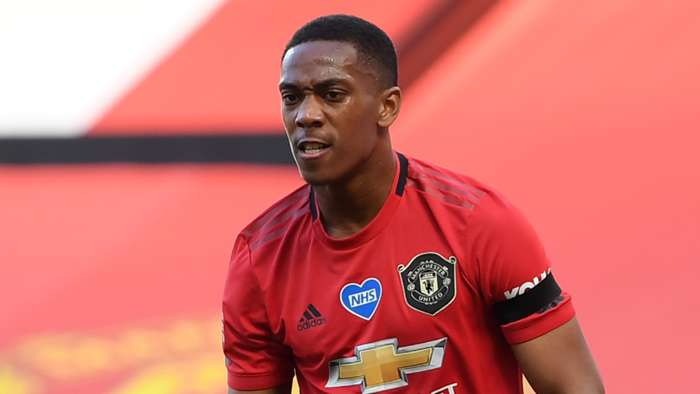 Ole Gunnar Solskjaer says Anthony Martial is "at the best level in his career" and that "there's more to come" from the improving Manchester United striker.

The 24-year-old has taken up the mantle as the Red Devils' first-choice centre-forward since Romelu Lukaku's move to Inter last summer, and is finally beginning to fulfilhis potential after a frustrating couple of years under Jose Mourinho.

Solskjaer has been rewarded for trusting the Frenchman to lead the line, especially since the club's return from lockdown in June, with the forward now consistently delivering the goods in the final third alongside Marcus Rashford and Mason Greenwood.

Martial came off the bench to score the winner in United's last outing against LASK in the second leg of their last 16 Europa League tie, which set up a meeting with Copenhagen on Monday.

Ahead of that encounter in Germany, Solskjaer has talked up a prized asset's development over the past 12 months, while predicting that he will become an even better player in the coming years.

“Anthony has made huge strides this season in many aspects of his game," the Red Devils head coach told a press conference.

“I like him scoring, being in between the posts, call it the simple goals. We know he can do the worldies, like he has a few times.

“He’s in the gym a lot and working on his strength and fitness with the staff.

“He’s physically at the best level in his career and I’m just looking forward to seeing him improve even more. There’s more to come from Anthony, definitely."

Another man who has enjoyed a resurgence in recent times is Paul Pogba, who has managed to rediscover his form since returning from a lengthy injury lay off after the coronavirus-enforced break in the campaign.

Questions had been asked of the midfielder's future amid persistent links with Real Madrid, but Solskjaer expects him to remain at Old Trafford beyond the expiration of his existing contract in 2021.