'Martinelli can become one of the best players in the Premier League' - Arsenal starlet has a 'great future', says Willian 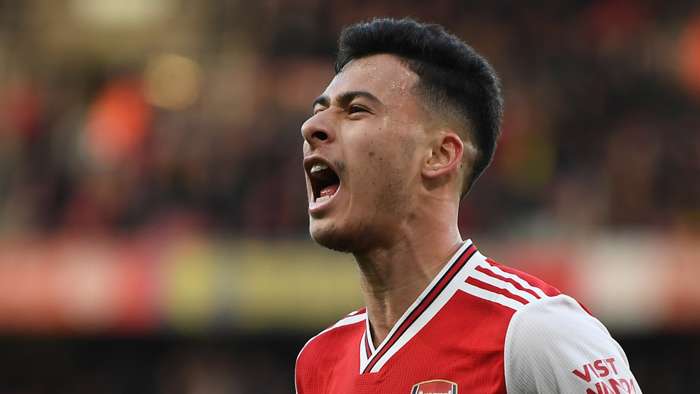 Gabriel Martinelli can become "one of the best players in the Premier League", according to Willian, who has predicted a "great future" for the Arsenal starlet.

He has since proven to be one of the bargain signings of the decade, scoring 10 goals in his first 26 outings for the Gunners, despite many of those appearances coming from the bench.

The 19-year-old impressed enough during his debut season in north London to earn a new long-term contract, which will see him remain on Arsenal's books through to 2024.

Unfortunately, Martinelli suffered a serious knee injury shortly after returning from lockdown, and is unlikely to return to action this year.

Despite the fact that the teenager's progress has been interrupted, Willian believes he is capable of reaching the very highest level of the game in the coming years.

Arsenal's newest signing told the club's official website of a prospective superstar's unique talents:"He has a great future I think.

"He can be one of the best players in the Premier League, no doubt.

"It's because of his quality and also without the ball you can see that he is always trying to help his team and do the job without the ball. So I think he can be one of the best players.

"I think when he starts to play again, I know he is injured now, but when he starts again, it's about time for him to go to the Brazilian national team."

Willian moved to the Emirates on a free transfer last week after leaving Chelsea upon the expiration of his contract.

Questions have been asked over the acquisition of a 32-year-old who appears to be approaching the latter stages of his career, but club legend Ian Wright is certain that the Brazil international still has plenty to offer.

He also believes that the presence of both Willian and David Luiz will help Martinelli blossom at Arsenal, as he told his personal YouTube channel: "David Luiz is a winner.

"I think he will transfer that into Willian, and Willian will start feeling what we’re about.